Yep. She went THERE.  (We were so expecting “Gay Stuff!!!”™ Campbell over at The N&O to do it first.)   Laura Leslie appeared to show her true radical leftist colors on her Facebook page this weekend.  The page got sanitized, but we — via the power of screenshots — have the, um, *highlights*: 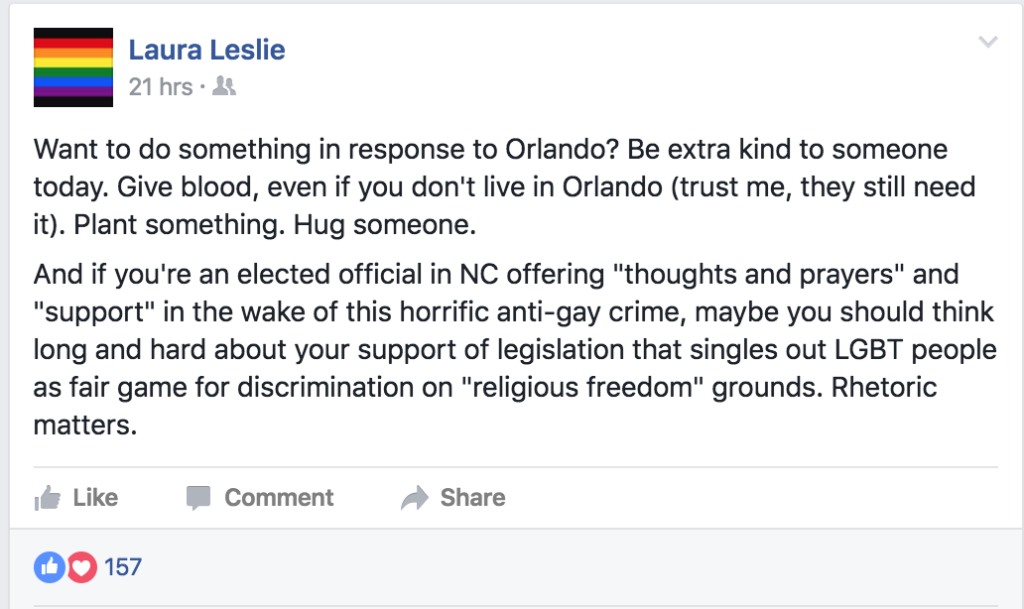 Got that?  A Muslim, ISIS-loving fanatic murders a bunch of people in a Florida night club (who happen to be gay), ISIS takes credit for the deed, and it is somehow the fault of North Carolina conservatives.  Amazing.  Drivebys try to convince us they deal in facts, not ideological rants.  Stuff like this confirms out suspicions about the crap the drivebys dish out to us daily. 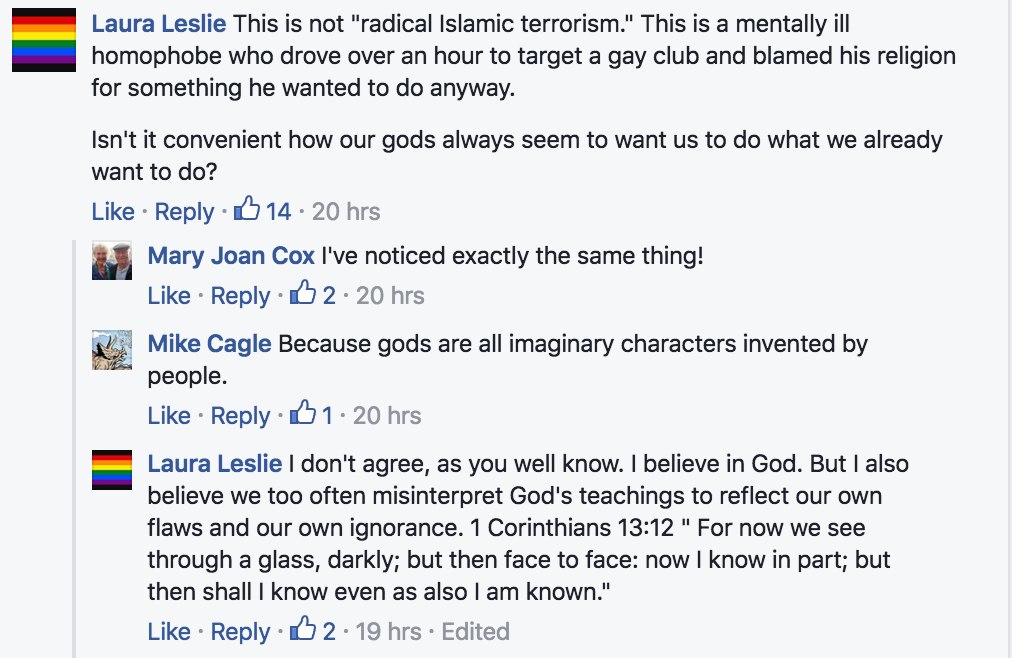 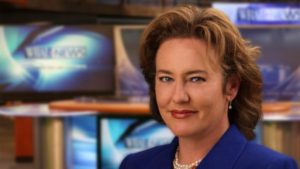 Has Laura NOT seen the footage of ISIS throwing homosexuals off of rooftops?  This guy in Orlando pledged allegiance to ISIS. Did she not see the reports of ISIS taking credit for this crime?  What happened to dealing in FACTS? (Jus’ sayin’.)

Ms. Leslie STILL was not done: 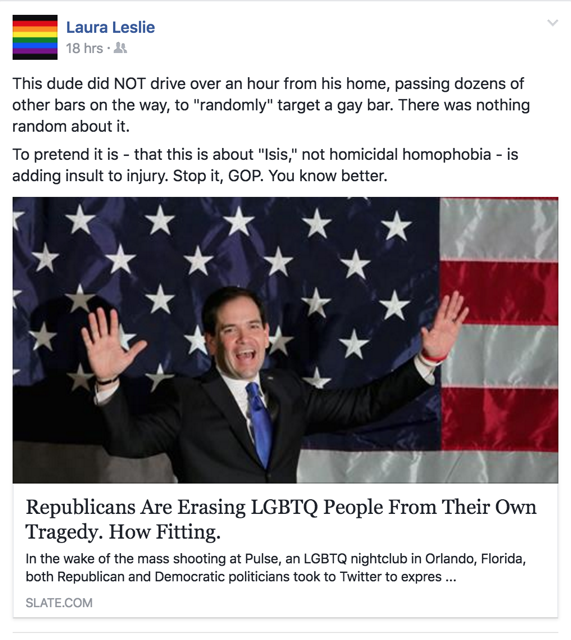 Interesting.  Her go-to news source here is the radically leftist Slate.  To turn Laura’s question around on her:  How far did the 9-11 hijackers travel — how many airports and other juicy soft targets did they pass — before reaching their destinations?

So, we NOW know what Laura Leslie thinks of you if you(1) are a Republican, (2) are a Christian, (3) support HB2, or (4) have concerns about radical Islam.  Scrubbing her Facebook timeline doesn’t fix this.  This stuff is still in her head.  Is it ethical for WRAL to continue to present her as an unbiased objective journalist when she is out there taking these hard left stances?