The political class — with the help of the drive-by media and Blinkin’ Chris and his Manson Family — has decided that they are not competent to perform one of their basic constitutionally-mandated responsibilities.  That’s right: Redistricting.

It’s funny how the loudest hollerers about redistricting are the radical left, the pouting, corner-banished Democrats, and the drive-by media.  (It was soooooo much more fun when they got to fix the game to their benefit.)  It’s also funny how the bitchin’ and moanin’ about redistricting has reached a crescendo amidst this period of record GOP gains at the polls.  *It can’t possibly be that the public is buying the Republican platform’s message.* 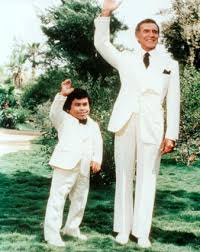 Throw in a couple of useful Republican idiots — like Chuck McGrady and Skip Stam — and you can call this whole campaign bipartisan. This big plan to take partisanship out of redistricting sounds like something only Mr. Rourke and Tattoo could have come up with.  They want to find a commission of allegedly disinterested citizens to draw up the legislative and congressional districts.  I tend to agree with Senator Phil Berger’s take on this whole Fantasy Island redistricting scenario:

[…] I have yet to see a so-called independent redistricting commission that is truly independent. … I’m still out there looking for that nonpartisan soul that really has no opinion about politics one way or the other that has an informational background in politics. So I believe that (state Supreme Court) decisions provide North Carolina with a set of criteria that removes many of the problems that folks have complained about with reference to redistricting. I don’t see an independent redistricting c 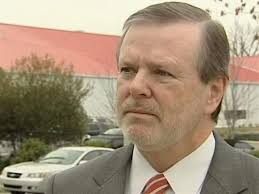 ommission or any of the proposals that have been floated as improving on the system that we have now. […]

In 2010, Republicans took over the General Assembly AND Congress under maps drawn by Democrats (and Republican collaborators like Richard Morgan).  In certain cases, you CAN corral a bunch of voters who can be persuaded to go to the polls and mark the ballots a certain way — all in exchange for some free food, a little cash, and a ride.

Since 2010, we’ve got a much more plugged-in electorate that is going to have a lot-lower tolerance for crap.  Our elected leaders need to grow up — stop sloughing off their responsibilities to these commissions — and do their jobs.