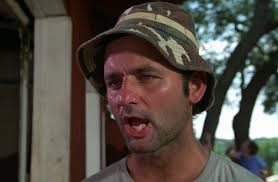 We’ve got it pretty good here.  The village regularly has been recognized as one of the safest places to live in North Carolina.  We’ve got a very reasonable tax rate. And having some of the world’s best golf just outside your back door — or down the street — doesn’t hurt either.

Pinehurst is a popular retirement destination.  Most of those folks enjoying their retirement years are out all the time having more fun than EVEN I DO. And then there’s a rather vocal minority within the retired set that — every so often — identifies a “problem” that local government *needs to address NOW.*   These “problems” have included “ugly” swing sets and yard fences, as well as children playing in their own yards after dark.  These people — a few years ago — actually convinced the village council to approve a year-round ban on kids playing in their own yards after dark.  (After quite a loud protest, the ban was lifted.) 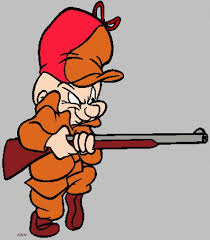 Well, the “problem” caucus managed to get one of their own elected to the village council. The caucus has tried to push through new local regulations to have short-term rental golf-front properties regulated like hotels. (That failed.) Then, they managed to get a deer task force established for the purpose of addressing a “deer problem.”   Oh, you should have heard the teeth-gnashing and caterwauling.  There was a lot of emotion, and very little fact.  What it all appeared to boil down to was THIS:  Some animals have eaten flowers planted by a few old ladies, so all of the deer MUST DIE.

The problem caucus tried to get the village council to approve the idea of hiring hunters to blast away at any and all deer in the city limits.  Again, folks, we’re talking about Pinehurst.  Most of our town is golf courses. secluded cottages,  and wooded walking trails. Beautiful views and QUIET are key selling points here.

Well, the in-town deer shootout got shot down 4-1 by our local elected leaders.  But the pouting by the “problem” caucus lives on — such as this piece in the local paper that equates deer hunting in-town to the pro-concealed carry arguments:

[…] Hearing myriad citizen complaints about its oversized deer herd, the Village Council commissioned a nine-member Deer Management Task Force to analyze the problem. It spent weeks receiving input from various experts and the N.C. Wildlife Resources Commission. The result: an 80-page report, which confirmed there’s a “pocket of deer” in the Linden Road, Clarendon Gardens and Pinewild area that may need “special attention.”

A study was hardly needed. Anyone driving there sees deer boldly walking the roadways in broad daylight. At night, these nocturnal animals are found behind the Congregational Church in large numbers. Lake area property owners know that hundreds come down to drink with regularity and impunity. Returning to their normal ranges, they help savor the tastiest and finest plants money can buy. 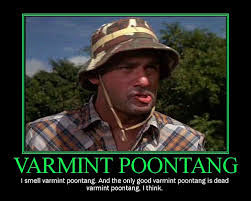 […] Deer management is challenging because the typical female produces 1.7 offspring annually, or about 10 every five years. Sterilization is impractical and expensive. The only realistic answer is selective culling by highly trained archers or firearm specialists managed by the N.C. Wildlife Resources Commission and the village police.

“Deer Crossing” signs may be politically popular, but will not significantly reduce car accidents. Providing landscaping advice will have zero effect on the deer population. A landowner who plants Olga rhododendrons, for example, as I have, will find while deer won’t eat them, other surrounding plants will be munched on. Spraying plants with commercial repellents only encourages deer to leave your property for entrée meals at your neighbor’s.

After receiving the task force’s comprehensive report, the council adopted some of its recommendations but voted no on a culling program. The good news is that unlike many studies conducted by Pinehurst, this one did not waste $25,000 to $30,000. But the bad news is that deer will continue to multiply, and the herd will be less healthy. As more homes are built and less land remains of natural habitat, landscape damage will increase.

Really?  State wildlife officials noted some disease in deer late last year they would not describe as “catastrophic” and do not see as a threat to humans or a long-term threat to the deer herd.  Aaaaah.  Facts can be such an inconvenient thing. MORE:

[…] Deer cause car accidents and will continue to plague the community. There were 15 such accidents in 2014, with more than six in November alone.

Councilman John Cashion’s rationale for voting no to culling is, “I never will be in favor of shooting deer in the village of Pinehurst. If there is one minor mistake, we’ll never survive it.” 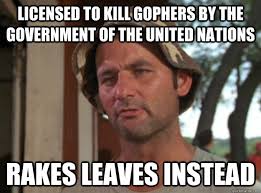 Amen.  I am a big backer of the second amendment.  I love to eat meat.  But I am not a big fan of having hunters blasting away at deer in the woods surrounding my house.  You get quite a few little old ladies strolling these wooded trails.  People — including me — let their dogs run along those trails.  I have a large dark-colored dog who loves crashing around in the brush.  A friend of mine has a doberman that COULD be mistaken for a deer.  I and many others would frown seriously upon the idea of our dogs or ourselves being shot — or shot at — by contractors hired by the local government.

A  few years ago, a friend of mine took his son deer hunting for the first time.  His son ended up accidentally shooting — and killing — a fellow hunter.  There’s  A REASON deer hunting is typically done out in the middle of nowhere.  MORE:

Cashion rightly fears someone might be accidentally shot. That’s a risk, but a very faint one if culling is done professionally under careful police supervision. Council members Campbell and Phillips and Mayor Fiorillo also voted no. Only Task Force Chairman John Strickland voted yes to develop a safe culling plan.

One recalls that Cashion also voted to repeal a village ordinance that prohibited carrying concealed guns into the track area, parks and walking trails. I’d say that guns in the hands of professional hunters are far less of a risk than guns carried by amateurs into places where children play.

Really?  The writer sees NO DIFFERENCE in repealing a statute that infringes on Second Amendment rights AND turning the village into a government-sponsored shooting gallery?   Lead will be flying in-town as part of the culling program.  Re-establishing concealed carry will go a long way to ensure that lead DOES NOT fly in-town. (All of those high-profile mass-shootings you see in the news?  All of them happened in gun-free zones.) MORE:

If there were to be a deer-related death in Pinehurst, it will probably be from a car accident, which ironically may happen because the council majority failed to reduce the large number of deer crossing our roads, particularly at night.

Forget those Walking Dead zombies. * Queen mayor Nancy and her minions have unleashed the wrath of Bambi upon us all.  The apocalypse is nigh.*  (Paul Dunn TRIED to warn us.)