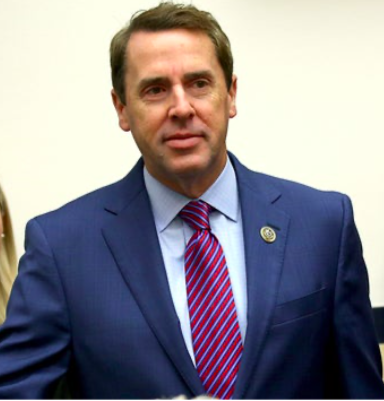 Congressmen Mark Walker (R) and George Holding (R) both got royally screwed by the new congressional maps.  They are now sitting in majority Democrat districts.

Holding has been quoted in the driveby media today saying that he would not run against another  House incumbent.  (Thom Tillis is a SENATE incumbent.) 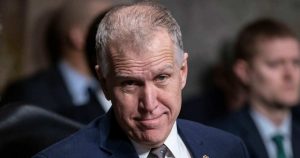 Mark Walker has gone a step further and established an exploratory committee to look at running against either Ted Budd OR Tillis:

Walker’s campaign paid for two polls in recent weeks, testing his chances against both Tillis and Rep. Ted Budd (R), according to three Republican sources with knowledge of the polls.

The polls come weeks after the North Carolina legislature redrew the state’s congressional district boundaries under order from a state court that ruled its previous boundaries were unconstitutional. The court accepted the newly drawn district lines this week.

Those new maps represent a conundrum for Walker, whose Greensboro-based district was one of two that became markedly more Democratic. His old district gave President Trump 56 percent of the vote in 2016. Under the newly drawn lines, Hillary Clinton would have won the district by a 20-point margin.

The districts that neighbor Walker’s seat are far more conservative — but running in any of them would pit him against a fellow incumbent.

A little more than half of Walker’s current constituents will live in the 13th district, Budd’s seat. Three smaller counties he previously represented would be incorporated in the 10th district, held by Rep. Patrick McHenry (R).

North Carolina Republicans have long expected Walker, a former chairman of the Republican Study Committee and the vice chairman of the House Republican Conference, to mount a statewide campaign at some point. Most expected him to wait until 2022, when Sen. Richard Burr (R) has said he will retire.

But Walker’s polling against Tillis hints at a potential for an earlier matchup. Earlier this week, Tillis’s only prominent primary opponent, businessman Garland Tucker (R), ended his campaign.

Walker has until Dec. 20, when filing closes in North Carolina, to decide his own future. He declined to comment on the polls, though he said he is keeping his options open.

“I feel no pressure to rush such an important decision,” Walker told The Hill. “While politicians in North Carolina rush to plant the flag of their own ambitions — disregarding the people they are privileged to serve and trading constituencies like baseball cards — our family will continue to pray and seek clarity on God’s path forward.”

Tillis’s campaign has already prepared for a potential primary fight, airing early advertisements after Tucker ran his own television spots. The Tillis campaign canceled its December ad buy once Tucker dropped out, though it has begun rescheduling those advertisements for January and February — including a significant $275,000 buy in the Greensboro market, Walker’s back yard.

Tillis told reporters earlier this week he would win a primary if he faced a challenge.

“Ted has served with integrity and conservative backbone, and he’s kept his word to stand up for Piedmont families,” Luethy said in an email. “Because of that he’s won tough races, and I don’t see anyone matching his conservative credentials.”

Walker faces significant potential headwinds in any race he decides to join. Several North Carolina Republicans not affiliated with Walker’s team pointed to a federal corruption probe in which he made phone calls on behalf of an indicted businessman trying to get a favorable ruling from the state insurance commissioner.

Walker, identified in court documents as Public Official A, was not charged with wrongdoing in the case, though Republicans said the case would surely play a role if he were to challenge Tillis.

Another interesting tidbit — sources close to George Holding have been dropping hints about a senatorial filing happening in the next few business days.   Keep an eye on the two who got screwed by the maps.

15 thoughts on “With Tucker OUT, Walker back to “exploring” a Tillis challenge”