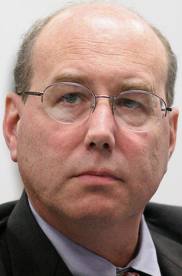 Moore County’s waaaaaay-too-bipartisan former legislator SpeakerrrrrRichardMorgan™  railed against him  and had his allies blast him publicly in ads and letters to the editor.   SpeakerrrrrRichardMorgan™ even went after him via the legal system.  Leftists all over the blogosphere derisively refer to him as “The Puppetmaster” and rant about how he is allegedly taking over the state. Now, The New Yorker has chimed in with a “love letter” entitled “State for Sale”.

(The New Yorker piece is authored by Jane Mayer, who conservatives may remember as the woman who tried to derail Supreme Court Justice Clarence Thomas’s confirmation hearing by introducing the world to Anita Hill.)

Mayer’s piece hits Pope repeatedly, accusing him of using his vast fortune to slander and libel public figures he disagrees with.  (I can just hear Mayer and her colleagues in the alleged mainstream media now:  “Wait! That’s our job!”)

Let’s look back at Pope’s political career.  He spent a short time as a back-bencher in the state House’s minority.   He got creamed in his run for lieutenant governor in 1992.
If he was as all-powerful and scary as the leftists say he is, why haven’t we had House Speaker Pope, lieutenant governor or Governor Pope?  Congressman Pope? Senator Pope?  Why have we had 20 straight years of liberal Democrats in the governor’s mansion?   How come we are currently in only our third session — since the end of Reconstruction — where the GOP has had a majority in either chamber of the state legislature?  Why is The N&O still in business?

Pope has done great work giving us groups like Americans For Prosperity, The John Locke Foundation, and The Civitas Institute, among others.  These groups are some of the few sources in the state where you can find the unfiltered conservative, limited-government perspective on the issues of the day.

I think the attack on Pope has a lot to do with past frustrations, as well as leftist fears about 2012.  His funding was very effective in helping to counter the leftists and their friends at The N&O in 2010.  BarryO clearly is placing a lot of importance on North Carolina for his quixotic attempt at reelection.  He has campaigned here a lot, and his nominating convention will be in Charlotte.  The leftist ruling class wants Pope neutered and under control before 2012 rolls around.

Pope threatens the ruling class’s stranglehold on the taxpayers’ wallets and attention.  The leftist ruling class wants us all to just shut up and keep handing over our money to them. They can’t stand it when facts get in the way of their propaganda and spin.

(I talked briefly with Pope about six years ago.  Unfortunately, he has never given me even ONE dime. I’m ready when you are, Mr. Pope.)

Pope’s funding puts the conservative message on an even footing with the government-sponsored, and N&O-nurtured, liberal demagoguery.  Again, leftists don’t like to be challenged. They want to scream at people and get in their faces.  It’s hard for them to take when the other, more rational side gets right back into their faces.

Those of us on the conservative side of the fence need to thank Mr. Pope for stepping out there on our behalf.