I love the smell of napalm in the morning.

That smell usually wafts through Raleigh when the weasels go into full panic mode in response to one of our earth-shattering, ground-breaking digital masterpieces.   Oh, by the way, here’s DALLAS:

From: Dallas Woodhouse <dallas.woodhouse@ncgop.org>
Date: May 26, 2017 at 18:24:08 EDT
To: Dallas Woodhouse <dallas.woodhouse@ncgop.org>
Subject:North Carolina House Caucus
CONTAINS CONFIDENTIAL INFORMATION
Dear candidates for NCGOP Leadership:As a reminder pre-registration to the NCGOP State Convention ends Sunday at Midnight.I can’t correct every error on the internet, and I am not commenting about this in pubic, but I thought you might need the following information.

The North Carolina House Caucus HAS NOT voted to remove its funds from the NCGOP accounts.  There has been no such request to move their accounts and as of now I am not aware of that being considered. […]

“Correcting errors” on the Internet?  (I think he is talking about MOI.)
Let’s see.  I have a handful — nearly TWO — of sources who participated in the discussion and the vote.  These same sources have been golden for us over the years.

Their previous information has inspired Tim Moore, Nelson Dollar and David Lewis to fly into fits of rage, initiate mole hunts, and propose things like cell phone confiscations and computer searches.   I am very comfortable with the veracity of my sources and the material this site published.
In this day and age of smart phones with all kinds of recording capability, folks should be more careful with broadcasting their adamant denials.  (The tale of the tape, eh?)
As I said, I am very comfortable with what we reported.  How comfortable are you with your statements here, Dallas?
MORE:

[…] The North Carolina House Caucus did authorize the creation of an affiliated party committee, similar to the NC Senate.

The Senate also never transferred money from the NCGOP to the affiliated party committee.
They did raise some new money nd spend it out of the APC, as well as raise funds through us and spend them through us.
I believe this is the house plan. However I can say, that no vote was taken to remove funds currently with the NCGOP.[…]

This part could be true.  As more than one source has pointed out, the vote the other day was to lay the groundwork for future activity.  It gives Timmy and Dave and Nelson cover for their retaliatory actions in the wake of a Jim

Womack victory next weekend.   They yanked the money from the party right after Hasan Harnett won last time.  If Robin Hayes gets reelected, they’ll likely do nothing.  If Womack wins, they can do their deed and say, in defense, ‘Hey, we voted on this a couple of weeks ago before the election.’
MORE:

There could be multiple reason for this move and I am not going to speculate on them.  However one is simply having another vehicle for fundraising as a tool.
The House, Senate and main NCGOP also split the costs for a number of different things from cleaning the building to opposition research. 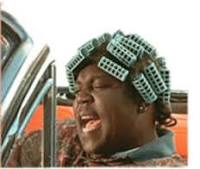 Thank you and safe travels. I look forward to seeing you in Wilmington
—