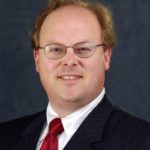 There’s nothing like listening to a lecture on ethics and good behavior from a confirmed sleaze.  But that’s what the driveby media is subjecting us to.  And state Democrat Party chairman Wayne Goodwin is more than happy to oblige them.

Goodwin is all over social media and the driveby media questioning Mark Harris’s integrity and strongly suggesting he was okay with criminal conduct in his recently completed congressional race.

Granted, he is the state Democrat chairman.  His job is  to attack Republicans.  (The job of the state GOP chairman is to apparently take LOTS OF NAPS.)

But while we consider Goodwin’s current behavior and rhetoric, let’s reflect on his past record.  In his 2016 reelection bid for insurance commissioner, Goodwin basically turned over his fundraising to some scandal-ridden  out-of-state politicians and a professional influence-peddling firm HQed in Florida. Goodwin also had professional and personal ties to an individual recently indicted on state felony charges of illegal lobbying.

Recently, it’s come to light that Goodwin– just after leaving the insurance commissioner office — went to work for a guy now the subject of  a federal political corruption probe.

We need a serious probe of and solution to the shenanigans that have plagued elections in southeastern North Carolina for decades.  (Achieving that will likely show Goodwin’s party GUILTY of the great majority of those shenanigans.)

In the meantime, Goodwin’s hypocrisy is starting to stink to high heaven.

He needs to stop grand-standing and encourage a thorough, clean, fair investigation.

3 thoughts on “Wayne Goodwin needs to shut up. (Seriously.)”