As gas prices start creeping back down to more sane levels, people are buying more gas and doing more driving.  That phenomenon has inspired

“honorables” on both sides of the aisle in both Raleigh and DC to start pontificating on new ways to separate us from our money.  We’re getting a once-cent increase in the gas tax here in North Carolina — helping us to maintain the honor of having the highest-taxed gas in the Old Confederacy.  We reported earlier about just where state gas tax dollars are going.

In DC, some GOP and Democrat senators are publicly floating the idea of knocking up the federal gas tax. Thankfully, Stephen Moore — one of the smartest economics dudes out there — is there to call B.S. :

Suddenly everyone in Washington wants a gas tax hike — apparently so that consumers don’t save too much money at the pump. As prices

keep falling, the politicians and the moochers in Washington want a piece of the action.

Rep. Nancy Pelosi of California, Sen. Richard Durbin of Illinois and even Republicans such as Sen. Bob Corker of Tennessee have linked arms with the entire road-building industry

and green groups that want the cost of fuel to go up.

Mrs. Pelosi won’t even hide her cynical motivation: With gas prices low, maybe motorists won’t notice that we’re gouging them: “If there’s ever going to be an opportunity to raise the gas tax, the time when gas prices are so low — oil prices are so low — is the time to do it,” she explained. That’s rich coming from Mrs. Pelosi who has done everything she can to stop the shale oil and gas revolution that made prices fall in the first place.

Apparently, if OPEC can’t keep prices high, the feds will. These are the folks who say they want to help the middle class 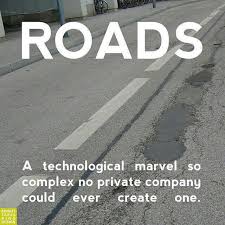 is crumbling and that we must spend hundreds of billions of dollars to fix our roads, highways, bridges and airports. Now there’s an impartial jury. Who do you think is going to get all this money?

Mr. Corker adds that we are “just stealing from future generations out of the general funds to pay for infrastructure because Congress is going to fund

infrastructure but not in the appropriate way.”

Mr. Corker is right that America needs more roads and needs to fix the ones we have to reduce congestion and potholes. But this isn’t because the 18.4 cents a gallon gas tax raises too little money — $34 billion a year should be plenty and infrastructure spending is near an all-time high. The “stealing” that is going on is from the trust fund

. Congress siphons tax dollars away from roads to worthless mass-transit systems with tiny ridership. Why should motorists see their gas tax dollars go to transit projects they don’t use?

has been so riddled with cost overruns, it may go down in history as one of the most absurd transportation pr

Another factor that makes road-building more expensive is the Davis-Bacon Act, which requires union wages for workers on federal construction projects. This inflates construction costs. Repeal it and every time we build four bridges we could build a fifth one for free.

[…]Rather than raise the federal gas tax, a better policy would be to repeal the federal tax and let states pay for their own road projects. The interstate highway system was completed 30 years ago and there is no more need for a national tax at 18.4 cents a gallon to fund bridges and high-speed rail projects to nowhere. Devolving transportation projects back to the states will ensure that gas tax money

is used for the highest value-added projects.

The worst repercussion of a federal gas tax hike is that it will stick another knife in the back of America’s domestic oil and gas producers. This is the industry that has carried the U.S. economy on its shoulders the past six years. With oil prices crashing because of the massive infusion into the world marketplace of shale oil and gas, the industry is closing down marginal wells, drilling fewer new ones, and laying off workers. 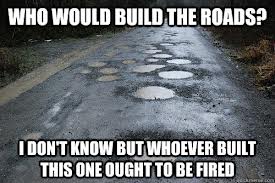 Taxing the industry now comes at the worst possible time, not, as Ms. Pelosi says, “the best” time for the domestic industry. This won’t create jobs — it will destroy them in the oil patches in America. But maybe that’s the point. Even as the politicians in Washington crow about lower gas prices, they continue to do all they can to keep them high. Remember that next time you pull up to the pump.

3 thoughts on “Watch Your Wallet: Gas Tax Fever is going around”