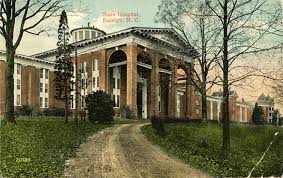 Gov. Pat McCrory has announced a deal to sell the former Dorothea Dix hospital property to the City of Raleigh.  The $52 million deal — if finalized — would transform the property that once held the state’s leading mental health treatment facility into a city park.

As she was leaving town, Bev Perdue closed a deal to sell the property to her fellow Democrats in Raleigh city government.  The GOP leadership on Jones Street balked — suggesting that the price was too low and that private buyers should get a crack at the property.

In the 2012 deal, state leaders were pushing for a $58 million price tag on the property, while Raleigh was countering with something in the range of $35-$40 million.  The new deal announced by McCrory was for $52 million. If you check the official appraisal for the property, $52 million falls in line with a leasehold arrangement — similar to what Britain and China worked out with Hon 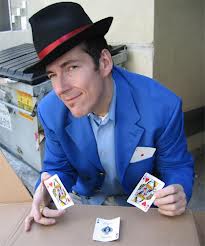 g Kong.  The buyer — Raleigh — buys the property for its own use for a specific period of time.  At the end of that period, the seller can take it back or continue to rent it out to the buyer. The official appraisal also shows an outright purchase could draw a $66 million price tag.

A group of legislators — led by Senator Ralph Hise (R)  — is critical of the latest deal, suggesting that the “sale” price is too low and that the state would still be on the hook for various “environmental issues.”

A bigger concern ought to be: WHY is government in the land-holding business? The sale of the Dix property was initially pitched to save taxpayer money.  With this deal, you are basically taking the cost of the land and its maintenance off of one set of government books — the state’s — and transferring it to another — the city’s.  How are the taxpayers benefiting here?  Are we to seriously believe that not a single credible private investor could be found to purchase the property?  NOT ONE ???

Dix hospital closed in 2012 in the wake of reports about conditions inside the facility and state lawmakers’ concerns about saving money.  Word was disseminated that patients would be transferred to “other facilities.”   In 2012, I was teaching some courses for a local college on-location at Hoke Correctional Institute between Raeford and Aberdeen.  HCI had been medium security, but had since been downgraded to minimum security.  Most of the inmates there were people at the end of their sentences preparing to return to free society.  (I taught courses there meant to assist with societal reentry — basic business / entrepreneurial skills useful for starting a legitimate business, basic computer skills,  job interviewing skills, resumé writing, and the like.)

I noticed a sudden influx of inmates who appeared to be mentally disturbed.  Some inmates and staff sources confirmed for me that these were new arrivals from Dorothea Dix.  The state mental hospital was shut down, and those psychiatric patients were simply dumped into general population with regular, run-of-the-mill inmates.  So, it was another shell game.  Shut down the hospital — in the name of allegedly saving money — and then turn right around and increase the burden on the state prison system.  Fill those beds with people who are more in need of mental health care than punishment.

The sale of the Dix property is also a shell game.  You’re simply shifting around a bunch of taxpayer money and property from one set of hands to another.  Once again, politicians get to take credit for something while spending our money to do it.

3 thoughts on “The Dorothea Dix debacle”