The drama surrounding the General Assembly’s passage of the notorious HB2 codified a template for doing business in the driveby media: (1) don’t bother telling your viewers or readers what the legislation actually says, and (2) latch on to anyone screaming holy hell about the legislation in the immediate area and give them unlimited air-time / column-inches to do said screaming unchallenged.

If you thought the coverage of HB2 was sickening in its over-the-top dishonesty and bias, you ain’t seen nothing yet.  President Trump issued an executive order pausing immigration from seven specific countries for 90 days.  Obama did it.  Carter did it.  So, what could be the problem?

Well, the Democrats and their driveby mouthpieces have turned it into the second coming of Hitler’s “Final Solution.”  One of the more sickening bits of coverage I witnessed involved Chuck Schumer sobbing about it being “a blow to religious liberty.”   Really?  The same guy who cheers the smearing of a small businessman as a bigot for refusing to cater a gay wedding?

Just so you don’t swallow the crap sandwich the drivebys and the Democrats are serving up, here is a little bit of truth about the Trump order on immigration:

It shuts off the issuance of all new immigrant and non-immigrant visas for 90 days from the following seven volatile countries: Syria, Iraq, Iran

, Libya, Somalia, Sudan, and Yemen. Any non-citizen from those seven countries (not “all” Muslim countries) is excluded from entering the country during this time-period (which usually means they won’t be able to board a direct flight to America). After 30 days, the secretary of state and secretary of homeland security must submit a report to completely revamp the vetting process going forward.

Within 60 days, countries will have to submit any information that the administration determines necessary, pursuant to the findings of this report, in order to adjudicate a visa application and ensure they are properly vetted. Any country that fails to submit this information will not be able to send foreign nationals to our country. All the while, the ban can be extended and expanded at any time.

The reason for this?  Here’s how I heard former Justice Department official Andrew McCarthy explain it in a recent interview: Those seven countries are so volatile and dangerous right now.  There is really NO ONE there our people can call to ask,”Hey, is it OK for us to let Mohammed in for a visit?”

In addition, the entire refugee resettlement program is suspended for four months pending a complete investigation of the program and a plan to restructure it and prioritize those who are truly in danger of religious persecution. After 120 days, the program may resume, but only for those countries Secretaries Kelly and Tillerson determine do not pose a threat. The program from Syria is completely suspended until the president personally gives the green light.

[T]his was actually a judicious and cautious approach from Trump.

With regards to refugees and those who seek to enter from the seven countries temporarily excluded, the order gave discretion to the State Department and DHS to admit individuals on a case-by-case basis for important reasons, even during the temporary moratorium.

The only people really inconvenienced here  – above and beyond the usual inconveniences associated with airports —  are roughly 100 people who were in transit when the order came down.  MORE:

[…] But can Trump prevent those with green cards from re-entering the country?

The statute is clear as day. The Immigration and Nationality Act (§ 212(f)) gives the president plenary power to “by proclamation, and for such period as he shall deem necessary, suspend the entry of all aliens or any class of aliens as immigrants or nonimmigrants.” Clearly, the president has the authority to block any non-citizen – including refugees, green card holders, and foreign students – from entering the country.  Also, for purposes of deportation, there is no difference between a green card holder or a holder of a non-immigrant visa.  No foreign national who has not yet obtained citizenship has an affirmative right to re-enter the country.

Is this a ban on Muslim immigration?

No, it’s a moratorium on immigration or re-entries from seven individual countries and a temporary moratorium on refugees from all countries, subject to case-by-case exceptions.

Why didn’t Trump place restrictions on immigration/visas from Saudi Arabia and other Muslim countries?

That’s probably a good idea.  But this was actually a judicious and cautious approach from Trump to start with low-hanging fruit.  These seven countries are failed states or enemies of the U.S. (in the case of Iran).  As such, there is absolutely no way to share data with the host countries and properly vet them.  Somalia has been one of the biggest trouble spots.  The other countries are marred in Islamic civil wars.  Moreover, these are the countries that existing law targets for travel restrictions, and that Obama’s own DHS listed last year.

Why would Trump include green card holders in the ban on re-entry?

Both liberals and conservatives expressed concern over hundreds of individuals going over to fight for ISIS.  We are already limited in how we can combat this growing threat among U.S. citizens.  Given that it is completely legal to exclude non-citizens upon re-entry, Trump extended the ban to legal permanent residents as well. 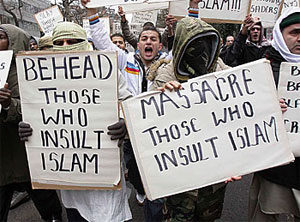 If a Somali refugee is travelling back to Somalia (so much for credible fear of persecution!), government officials should have the ability to prevent that person from coming back when necessary. Obviously, there are some individuals from these seven countries who already have green cards and we might not want to exclude. That is why the order grants discretion to the State Department to issue case-by-case exemptions for “religious persecution, “or when the person is already in transit and denying admission would cause undue hardship.”  A CBP agent is always stationed at any international airport from which these individuals would board a direct flight to the United States (Paris and Dubai, for example). That individual would not allow anyone covered by this ban onto a U.S.-bound flight unless he grants them a hardship exemption.

Indeed, it appears that green card holders returning yesterday from those seven countries were all granted entry.