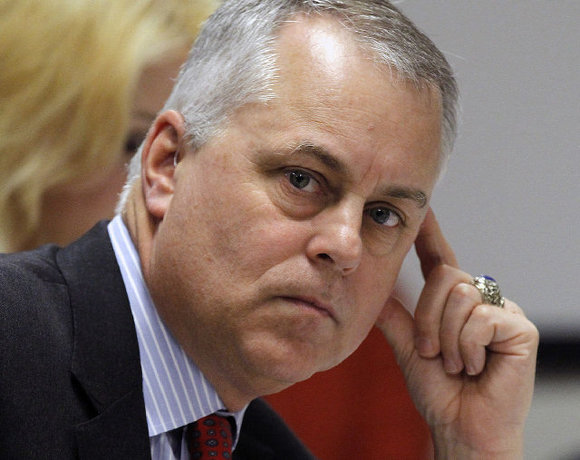 Democrat Gary Pearce is beside himself over the appointment of former Wake County Schools superintendent Tony Tata as state DOT secretary.    (Gary and his buddy Carter Wrenn — two guys famous for being in the right place, hugged up to the right candidates,  at the right time —  run the show over at Talking About Politics.)

[…] “After Tony Tata’s appointment, a Republican friend said ruefully: “I hope he does better with DOT than he did with the school buses.”  […]

Har-de-Har-har.   What Republicans — other than Carter — hang out with Gary?   I wonder what ol’ Gary’s “Republican friend” has to say about decades of  Democrat indictments, corruption, and waste at the DMV and on the DOT board?  Hmmmmm?

If you look past WRAL, The N&O, and snarkmeisters like Gary and his, um, friends, you’ll find that  the Wake school system did an excellent job of pulling money away from the bureaucracy and putting it into the classrooms, where it does the most good.  Doing stuff like that is sure to earn you some emnity from those poor, pitiful victims of  “viewpoint discrimination” at the NCAE.

Instead of reporting on the issues and trying to help solve problems within the Wake schools, the media and folks like Gary decided to play up the partisan drama among the elected hacks on the school board.   It became more important for registered Democrats on the board to get one over on the elected Republicans, and vice-versa.

I talked with a friend of mine — a veteran of public education — who suggests that problems with school buses in Wake County likely had more to do with bureaucratic micromanaging at DPI than with Tata’s competence.  My friend tells me that DPI in Raleigh has a HUGE SAY in how many buses each county system is allowed to use, as well as the number and length of bus routes the county systems can service.    DPI’s leverage?  Oh, lots and lots of transportation funding.   That’s one of the reasons you see kids waiting for the bus in the morning darkness and STILL riding the bus as the sun is setting.  Some bureaucrat in Raleigh decides you’re running too many buses and too many routes.  So, local systems end up doubling the duties of a smaller pool of drivers.

Tata has a record of getting a bureaucracy’s budget and operations whipped into shape – a talent we really need at DOT.

The lesson from Tata’s tenure with the Wake schools is that the educational bureaucrats need to be humbled and brought into line with reality.  These people don’t add a thing to the  educational activities in the classroom. Their expertise tends to be  in stuff like diversity and children in poverty.  None of that silly stuff like budgeting, finance, management, reading, writing, science ….

These people keep screaming for more money so they can keep packing the central offices with cronies and paying them six-figures.  Perpetually electing and re-electing decades-long public education hacks won’t change a thing.   If we don’t wrangle the bureaucrats at DPI into submission, and hit them with a good hard dose of reality, we are never going to pull public education out of the ditch and back onto the road.