Good for YOU.  Why worry about things that are UNLIKELY to happen? 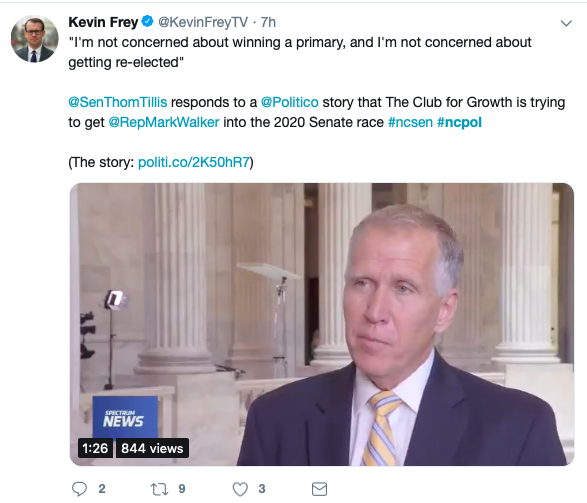 Mark Walker — known to the US Department of Justice as “Public Official A” — is still enjoying his time in the sun as a potential  Tillis challenger.  The first time this talk went around –– it was a result of Walker’s office getting a local GOP official to leak it to the drive-by media.  That gave Walker a little free publicity, and a chance to be coy (and eventually to deny it).

Well, thanks to a little help from The Club For Growth, Walker is back in  the spotlight as a potential Tillis rival.  (The Club did such a bang-up job with Congresswoman Celeste Cairns.)

It’s a head-scratcher (just like the Cairns endorsement) WHY The Club For Growth would be promoting a Senate run by a guy mentioned in a federal corruption indictment.