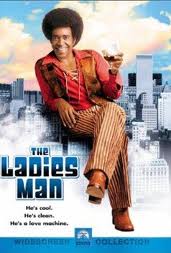 The other –um, high-heeled — shoe has dropped.

It’s been learned that state House Speaker Thom Tillis has discovered ANOTHER of his employees having a romantic relationship with a registered lobbyist:

House Speaker Thom Tillis said Tuesday a second staff member will resign this week after admitting to having an inappropriate romantic relationship with a lobbyist.

Tillis would not identify the staff member or the lobbyist, but he provided enough details to indicate that they are Amy Hobbs, a policy analyst, and Dean Plunkett, a lobbyist who represents several clients in the state legislature.

It’s been a tough week for Tom-with-an-H.  He is still reeling from the revelation of his chief of staff’s affair with a married lobbyist and subsequent resignation.  The former chief of staff, Charles Thomas, was one of Tillis’s closest friends, his roommate, and his right-hand in running the operations of the state House.  Read on:

The new revelations come five days after The News & Observer presented Tillis’ office with photographs and other evidence that showed Tillis’ chief of staff, Charles Thomas, a former state representative from Asheville, had been having an affair with a lobbyist for the N.C. Home Builders Association. Thomas resigned Thursday, and the lobbyist, Jessica B. Hayes, resigned from her position the following day at the request of the association’s executive vice president.

But Tillis, a Republican from near Charlotte, said a review of correspondence and other records produced by General Assembly staff showed Hayes and the home builders did not benefit politically from the relationship. Tillis also said he did not give much attention to the second lobbyist’s clients, but he is having records related to the lobbyist and the clients pulled to make sure.

“I think it will be very apparent that these organizations received no special treatment,” Tillis said.

He released roughly 130 pages of email correspondence and other records related to Thomas and the home builders association. While they showed the association had an aggressive agenda at the legislature with several bills in play, none of the records showed Thomas directly aiding that agenda.

Tillis said he could not identify the second staff member but confirmed that the person is a policy analyst. He said he would identify that person once the resignation becomes official later this week, after the staff member returns from sick leave.

Tillis currently only has one policy analyst on his staff, Hobbs. The other person who was in that role, Chris Hayes, was elevated to acting chief of staff after Thomas resigned. Chris Hayes is not related to Jessica Hayes. Hobbs is a former lobbyist with McGuire Woods who joined Tillis’ staff when he became House speaker last year. She could not be reached for comment.

It became apparent that Tillis was talking about Plunkett after identifying three clients the lobbyist represented. Plunkett is the only lobbyist who represented all three of those clients, according to records at the N.C. Secretary of State’s office. Plunkett also could not be reached. He was ranked 30th in the N.C. Center for Public Policy Research’s list of the state’s most influential lobbyists.

Tillis’ news conference, which was conducted by phone Tuesday afternoon, was the first time he answered questions publicly about the relationships between his staffers and lobbyists. He said that he did not know Thomas was having an affair, even though both men share an apartment in Raleigh, because both of them are often on the road.

“I feel like this was a relationship that was designed to be kept secret, and for a period of time they kept it a secret,” he said.

Tillis said he had heard rumors of Thomas’ affair in January or February and asked Thomas about it. Tillis said Thomas denied an affair.

“I think Charles had known (Jessica Hayes) for several years back when he was a (legislator) and his position was they were friends and they were good friends and that’s all it was, nothing more and nothing less,” Tillis said. Thomas could not be reached for comment Tuesday.

After Thomas’ resignation, Tillis said he returned to his office on Sunday afternoon and questioned five of his 10 remaining staff members, who had been the subject of rumors related to inappropriate behavior. Tillis said that’s when the policy analyst admitted to also being in a relationship with a lobbyist. He said he asked for the staff member’s resignation and that person offered it.

Tillis declined to provide details about the other rumors, which were not all involving allegations of improper relationships. He said the staffers denied the rumors and he does not believe anything inappropriate happened, so providing more details would give them credence they did not deserve.

The affairs have drawn attention to the state’s lobbying laws, which were tightened in 2006 to try to cut out many of the perks that lobbyists had been providing to lawmakers. But the laws are generally silent with regard to intimate relationships.

Tillis said when he first came to the legislature and hired an assistant, he gave to that staffer policies from his previous employment in the private sector that spoke to inappropriate relationships. But he said when he became speaker in 2011, he did not set those policies for his new staff.

He said he has now done that, and suggested he would be in favor of legislation to ban such relationships among staff and lobbyists.

“Maybe the laws should be updated,” he said.

Tim Rogers, the lead lobbyist for the hospice association, said he planned to terminate Plunkett’s contract when he returns to Raleigh this week from the association’s conference. Rogers said Plunkett told him that he would resign.

Rogers said he had no knowledge of Plunkett’s relationship with Hobbs. “It is a complete surprise and shock to me,” he said late Tuesday. “We have a high threshold of ethics and standards and I’m going to take appropriate action.”

Alex Miller, a former interim director at Equality NC, said he also knew nothing of the relationship. “I was as surprised as anybody,” he said.

First, it’s awfully ironic that the lobbyist reportedly involved in this second episode represents the most prominent gay-rights group in the state.
Second, Tom-with-an-H has FIVE more staffers who are reportedly involved in inappropriate relationships ????    Wow.
Third,  Tom-with-an-H asked Thomas about his affair, and was “lied to”?  (Sounds a lot like the throwing-under-the-bus  I had heard was coming.)
Tillis appears to be digging himself a bigger hole.  HALF of his staff is reportedly involved in inappropriate relationships, and he doesn’t know?  His close friend and roommate is involved in a seriously inappropriate relationship, and he doesn’t know?  Either this guy is clueless,  and far less than competent, or he is so amoral and ruthless that he has his patron Richard Morgan smiling with pride.   Either option is bad for the House Republicans trying to extend their short stay in the majority on Jones Street.