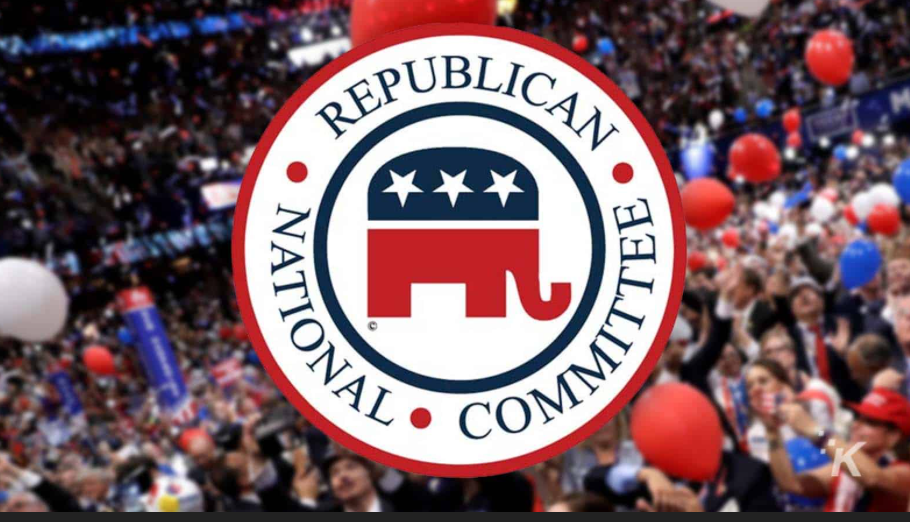 That’s the thesis being pushed by Raheem Kassam, former aide to 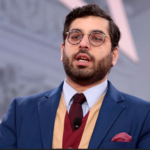 Breitbart’s (and WarRoom’s) Steve Bannon and to the UK’s Nigel Farage, in a pretty thoughtful, interesting essay:

[…] Anyway, we’re back now, and I wanted to answer some a question I’ve received a lot, recently: who should be the Republican National Committee chairman? Well, here’s why I couldn’t care less:

Consider the incumbent, Ronna Romney McDaniel – who continues to claim victories after every humiliating defeat – and who has been spending gargantuan sums of donor (your) money on hospitality, private flights, luxury hotels, flowers, and gifts for her friends. Not to mention what else. As if we needed further evidence that she was a useless, selfish, swamp creature (we didn’t).

That someone like McDaniel could have assumed this position and held it so long while behaving in such a manner is a stain on leading conservatives, political news reporters, and indeed the GOP base. Someone, somewhere, should have caught all this. I’m willing to point as many fingers at myself as I am at others, since you ask. But then, I haven’t been in the business of legitimizing her, either. Many have. Questions will be asked. One of those questions you may have is: “How does Ronna McDaniel have the audacity to even show her face anymore?” Simple. It’s a different face, every time. […]

Secondly, her main challenger, Harmeet Dhillon. I don’t believe I’ve ever met Harmeet in person, but for whatever reason, just like everyone else in the corporate political set, she seems to have a rather visceral disliking of me. I can’t say I blame these people for feeling this way, for the record. I know why it happens. Most people in politics, I mean almost down to the person, are bullshit artists. And I am a professional bullshit hunter. They hate that, and it usually manifests itself in one of two ways: they instantly block me (I must be one of the most blocked people on Twitter), or they attack me.[…]

Which brings me to Ms. Dhillon. My only experiences with her are curiously nasty.  […]

A few years back some rotund neocon grifter going by the name “Jen Kerns” was trying to pass herself off as Rudy Giuliani’s spokesman. In attempting to do so, she tried to convince Rudy that Steve Bannon was bad mouthing him, and only hiring her could stop this spat. Needless to say, she failed, but not before Ms. Dhillon chirped up in my e-mails with legal finger-wagging for me demanding Ms. Kerns shut the fuck up. Kassam enthusiasts will note the frequency with which I urge people to take this very same advice.

Fast forward to post-2020, when I offered to connect anyone at the RNC with a network of lawyers who were willing to help with election law queries. I was simply passing a message on from a very well respected group, to an RNC that was clearly ill-equipped in the face of massive election irregularities. The word back from Ms. Dhillon – who was and continues to work for McDaniel: “Raheem is full of shit.”

What this connection had to do with me personally, I have no idea. But it spoke volumes about Ms. Dhillon’s attitude, and indeed may have harmed any realistic chances of challenging the 2020 results.

Lately, as I shared my thoughts on the fecklessness of the RNC’s legal fight pre-and-post mid terms, Dhillon’s partner Ron Coleman popped up in my replies claiming my opinions were borderline “defamatory”.

Remind me again who is full of shit?

And then there’s Mike Lindell. Sigh. It’s hard to write this about lovable old Mike, but my goodness do I wish he would focus on selling pillows and then donating to causes he cares about, with the money he makes from conservative buyers. In the world of slumber efficacy, he’s done very, very well. But his record in national politics is a little less convincing – to the point where some wonder if he is being egged on by bad actors around him. Remember the great “Cybersymposium”? It was a catastrophe. And every time people just asked to see his data: answer came there none. But as I say, this feels churlish, because I don’t believe that Mike is a bad person. And I don’t believe he is a swamp monster, either. I do, in fact, enjoy my MyPillow. But if Lindell assumes the role of RNC chairman, you can almost guarantee a level of amateurish silly buggers that would make Clark Griswold look like the consummate traveller. We all love Clark Griswold. But do you want him running the RNC? I suppose at best you could root for Mike as an agent of chaos. But right now, I feel like the RNC needs discipline, not anarchy.

Realistically, I don’t think it would make much of a difference what happens. They’ll all bring in their own consultants, make their own silly mistakes, and become as protective and cliquey as everyone before them. In an ideal world, Republicans should have to rely less on the central party to get anything done. Internal, democratic reform is critical to this. Instead of a small group of committeemen around the country, people should have a far greater membership vote in how their money is spent, and indeed what policies the party adopts. Britain’s Conservative Party used to have such internal party democracy – including a national, annual, voting conference. Until the will of the party members was eradicated by David Cameron. Now, Tory HQ is run like the RNC – for the donors, by the donors.

Failing this, it might be time to look away from the central party model, like the Democrats. The DNC is actually broadly irrelevant in Democratic politics nowadays, with funds being run through donor trusts, dark money groups, and of course, Sam Bankman Fried. These are the institutions and people who make the powerful decisions on their side of the political football. Because, frankly, while they’re just as corrupt as the politicians vying for control on Capitol Hill; they’re at least competent at it.

8 thoughts on “The RNC: WHAT it becomes is more important than WHO runs it”