The unnatural disaster rocking our fair village – aka The Strickland-Pizzella cabal — is continuing to wreak havoc via even more bad publicity and BIG legal bills.  We all read Mike Newman’s recent statement where he transitioned masterfully from crowing about the village’s “victory” in Moore County Superior Court to a hell of a broadside against plaintiff Kevin Drum.

Of course, Mike’s whole rant was dipped in falsehood. (What else would you expect from an expensive white-shoe attorney?)

Some supporters of the Strickland-Pizzella cabal took the opportunity to blast Drum and his government transparency non-profit for “wasting taxpayer money” with their legal actions. 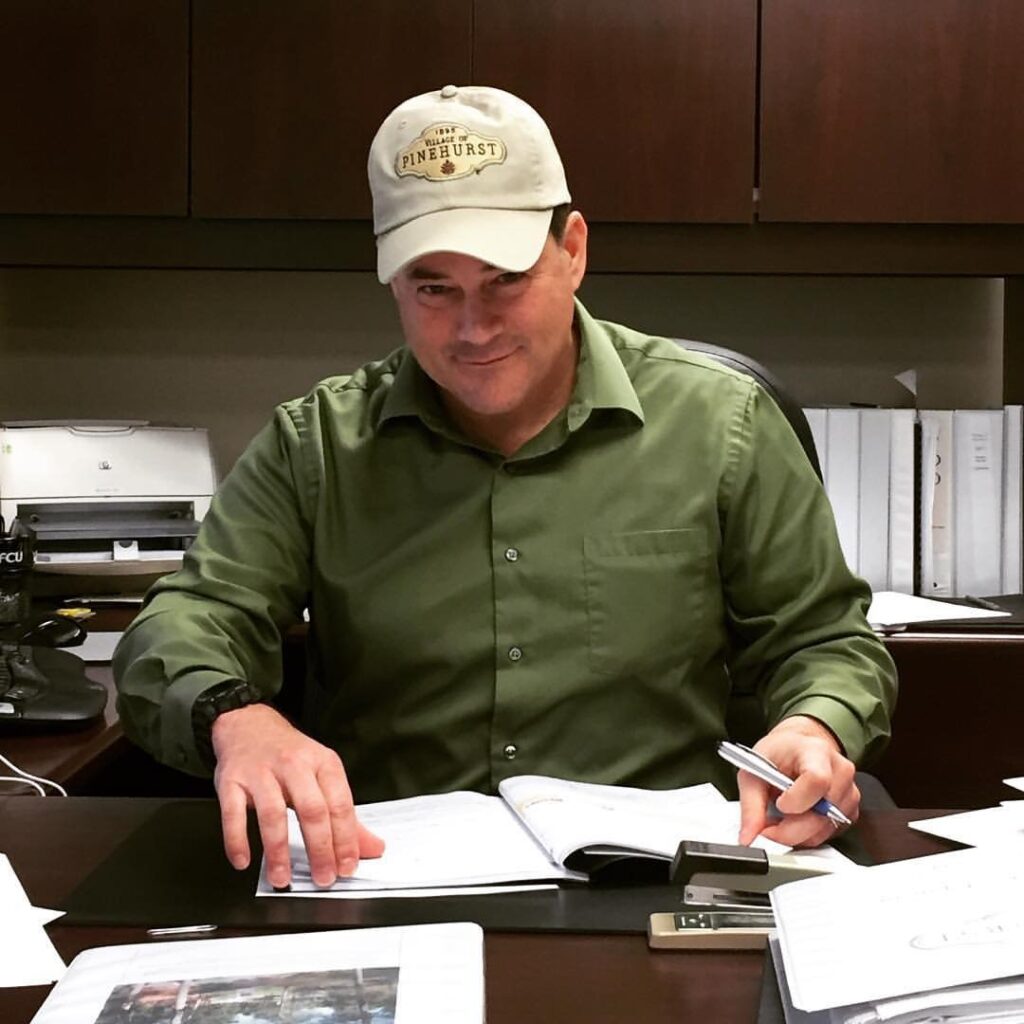 Let’s see WHO is REALLY wasting taxpayer money.  Village manager Jeff Sanborn — who apparently believes he is a VERY IMPORTANT elected council member — refused THREE offers to go to arbitration / mediation.  That’s a cheaper, quicker method for resolving sticky situations.  Instead, thanks to ol’ Jeff, FOUR lawyers will continue to line their pockets at our expense.

Drum and his group announced earlier today that the Open Meetings case against The Village of Pinehurst will be headed to The NC Court of Appeals in Raleigh:

[…] On September 29, 2022, Judge James Webb entered an order finding that the open meetings lawsuit we filed was barred by a 45-day statute of limitations.

With due respect to Judge Webb, we strongly believe the 45-day limit doesn’t apply to our lawsuit.  That provision of the law applies to lawsuits asking a court to overturn an action, which we aren’t doing.

On October 4, we filed a Notice of Appeal so the N.C. Court of Appeals can answer this legal question, which is critical to anyone in North Carolina interested in government transparency.

Judge Webb’s order is significant not only for what it says, but also for what it doesn’t say.  Judge Webb did not say that the defendants complied with the open meetings law or that their actions were appropriate.  NC Citizens for Transparent Government remains confident in our claims under the open meetings law and looks forward to the opportunity to ultimately have those issues decided.

We are grateful to be represented by the Duke First Amendment Clinic and Stevens Martin Vaughn & Tadych, PLLC in this important open government case. […]

Attacking Kevin Drum and his team for “not loving Pinehurst” is ridiculous. (Drum has Moore roots and connections to Pinehurst than ANY of the defendants in this matter) This Open Meetings law complaint is an important stand against corrupt politicians conducting business in the shadows.