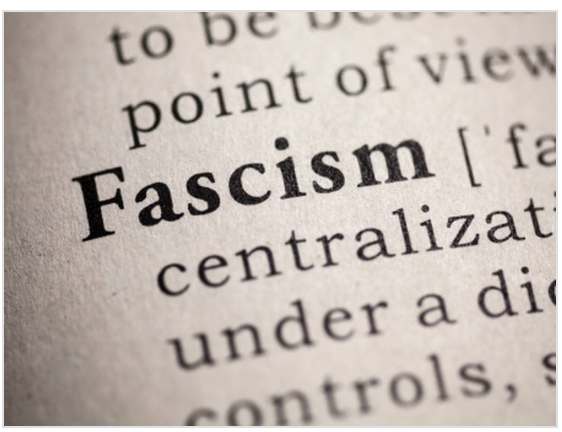 It sickens me to listen to leftist wing-nuts contort the word fascist so — in their minds – it applies to conservatives.  Here’s what Merriam-Webster says about the word:

Now WHO does that sound most like?  “[… A] centralized autocratic government”?  Liberals and the establishment elements in both DC and Raleigh.  Government knows best, and must be in the midst of every aspect of your life.

“[S]evere economic and social regimentation”?   I’m convinced that establishment big-government types enjoy wrecking the economy.  We see it here in Pinehurst.  We see it in DC.  Check your expenses on food and gasoline and compare them to where they were when Biden took power.

Leftist politicians and interest groups are trying to force our society to accept new standards.  We’re told men dressing like women is normal, A-okay, FINE.  We’re told men can have babies, and that we better accept it (or else).

In the church sanctuary, the classrooms, and even in the workplace, we are beaten over the heads about how bad white people have been to “people of color” –and how we must “repent”, “sacrifice,” and ask for forgiveness.  Even if we weren’t alive when the aforementioned outrages occurred.  We’re told that riots and vandalism by Black Lives Matter and Antifa are perfectly acceptable methods for minorities to vent their frustration over their treatment by white people.  Important figures through history are having their names snatched off of buildings and stripped from history books — all for the outrage of having been an adult white male living in this country prior to 1865 or 1965.

“[F]orcible suppression of opposition”? Look no further than the Trump supporters getting their doors kicked in by FBI SWAT teams.  Look no further than the parents getting investigated because they showed up at school board meetings to ask questions. Look at the censorship on social media.  Meanwhile, BLM and Antifa activists who have rioted on camera for years are not being arrested or indicted or bothered in any way.

The word “fascist” gets rather casually attached to anyone — politicians, lay people, academics — who dares to speak favorably about limited government and personal freedom. Economist Stephen Moore recently published quite an interesting piece on this matter:

In just the last few weeks, Liz Truss, Britain’s new prime minister, has been denounced by critics as a “fascist.” So has Giorgia Meloni, Italy’s newly elected prime minister. Along with all Republicans in Congress, Texas and Florida GOP Govs. Greg Abbott and Ron DeSantis and, of course, former President Donald Trump. Every one of the tens of thousands of “MAGA Republicans” who attend Trump rallies, too.

Dangerous fascists, for that matter, all of whom critics say need to be shut up.

Truss is a fascist because she wants to cut taxes. Meloni is a fascist, and getting banned from several social media platforms, because she gave a rousing speech endorsing God, family and country. What a dangerous tyrant. Republicans in Congress are fascists because they support work for welfare and are trying to block the Green New Deal

Hillary Clinton said after a recent Trump rally in Ohio, “I remember as a young student … I’d watch newsreels and I’d see this guy standing up there ranting and raving, and people shouting and raising their arms.” Trump’s defeated 2016 Democratic presidential rival was referring to Hitler.[…]

Talk about an “election-denier.”  She is still convinced Trump was not lawfully elected president.  And there’s not ONE PEEP of criticism from the drive-by media. 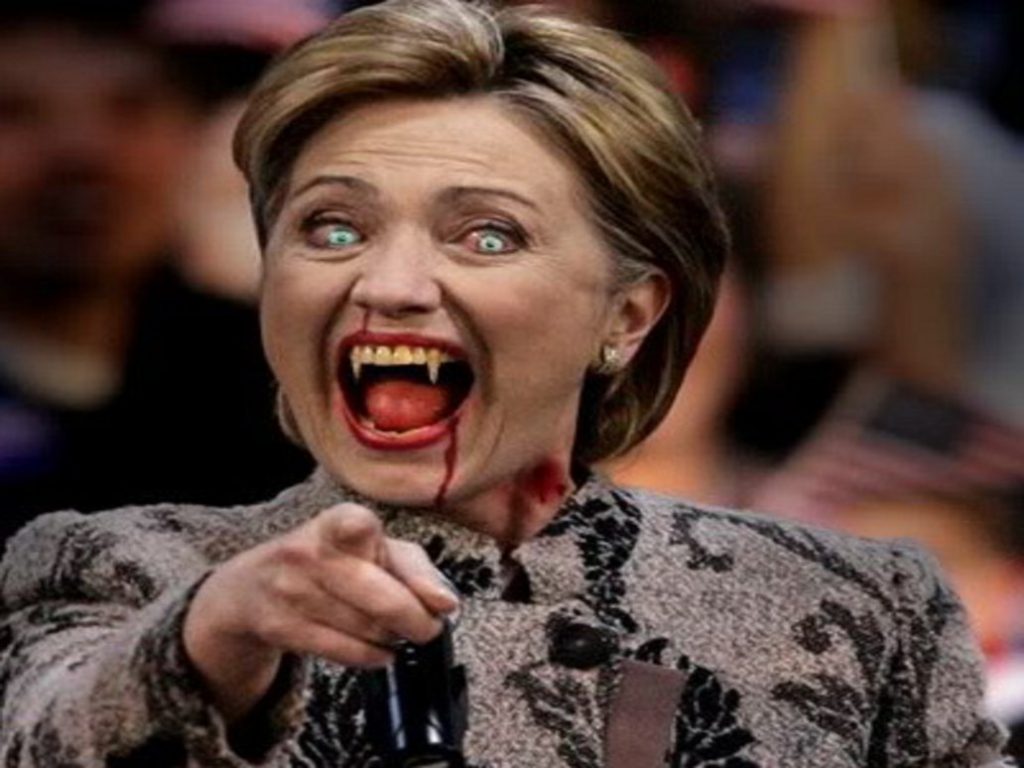 […]”You saw the rally in Ohio the other night,” added Clinton, the former first lady, senator and secretary of state. “Trump is there ranting and raving for more than an hour, and you have these rows of young men with their arms raised.” She didn’t quite say it, but the implied message was clear: These crazy Trump supporters wanted to say, “Heil Hitler.”

At least President Joe Biden doesn’t call his political adversaries fascists. They are only “semifascists.” What a relief.

Aren’t these the same people who have urged raising the level of civil discourse? Wasn’t Biden supposed to “unify” the country with Trump out of the picture?

What is so infuriating about these slurs is that the Left doesn’t even understand what a fascist is. According to the Merriam-Webster dictionary, fascism is “a political philosophy, movement, or regime that exalts nation and often race above the individual and that stands for a centralized autocratic government.” The Britannica Dictionary defines fascism as “a way of organizing a society in which a government ruled by a dictator controls the lives of the people and in which people are not allowed to disagree with the government.”

Let all that sink in for a minute. Who are the fascists here? A government that “controls the lives of the people.” Let’s see — we have a group of politicians who shut down schools, businesses, restaurants and churches during COVID-19.A government that is now telling us what kind of light bulbs we can put in our homes, what temperature we can set our thermostat in our living rooms, what kind of car we can buy and what kind of drugs we need to be inserted into our arms.

Who is the leader who is vastly supersizing our centralized government? Biden and congressional Democrats have already spent $4 trillion expanding nearly all the power structures of government in Washington. If this isn’t fascistic, what is?

But here’s the rub. The definition of “fascism” has gradually been evolving over time. Nowadays, according to the Collins Dictionary, fascism “is a set of right-wingpolitical beliefs that includes strong controls of society and the economy by the state” (emphasis added).

By this definition, leftists can’t be accused of being fascists because they want to use government for virtuous ends, while the Right wants to use government to further enrich the rich, spread racism and deny science.

What we have here is a clinical case of “projecting.” Democrats and other leftist parties around the world accuse the Right of wanting to expand government powers when that is precisely the overriding objective of the modern-day American Left.

It is prototypically fascistic. Elevate race and skin color into the public debate. Trample civil liberties. Squash those who disagree with the reigning government. Partner up Big Government with Big Business and micromanage the economy through dictates from the central planners. Put your political enemies in handcuffs and jail without a trial. Trample over the traditional guardrails that were installed to protect liberty — by changing voting rules, ending the 60-vote filibuster in the Senate and discrediting and trying to pack the Supreme Court. Declare everything, including COVID-19 and climate change, an existential threat to justify more power to the politicians.

So what is a fascist really? The Left says it is anyone who opposes what they want to do to expand government.

But the real definition of a fascist is a leader who wants to exploit governmental power to suppress the basic liberties of individuals. It is the partnership of government and private industry for political power and monetary gain. To find it in modern-day America, the folks at the White House may want to look in the mirror.[…]

2 thoughts on “What is a fascist?”