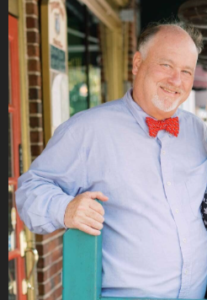 Transparency-in-government activist and former village councilman Kevin Drum is upping the ante in his offensive against the current council’s effort to exempt one certain neighborhood from the village’s ban on vacation rentals.

Drum alleges mayor John Strickland, who was a leading railer against vacation rentals, is creating a special loophole to protect a valuable asset: his Country Club of North Carolina membership.  At one point, Strickland and his allies alleged short-term rentals were bad for Pinehurst.  With his promotion of this exemption to the ban, Strickland and his allies now appear to say the rentals are bad everywhere BUT at CCNC.

The planning & zoning board initially rejected Strickland & co.’s efforts to restrict and ban vacation rentals. But Strickland and his council allies ignored P&Z and did what they wanted anyway.

Here is Drum’s latest missive directed to the village’s Planning & Zoning board and other village leaders:

[…] Your job is to obey the law first, and do your job protecting the public second. No where are you charged to do what council says or to serve their interest. Just do the right thing for the community.

You are about to embark on what can only be called an illegal process. If council listened to P&Z they would not need your help to bail them out of their screw up. I see 3 major issues with the council’s move right away.

ISSUE 1: If the Village Council would have taken the Planning & Zoning recommendation they would not need to come back to P&Z to fix their mistake. They need your support because you will see on the next issues, they are skirting set law and now are going make Planning & Zoning, who gave great advice and it was ignored, be a party to skirting the law.

Uniformity Within (ALL ZONING) Districts. – Except as authorized by the foregoing, all regulations shall be uniform for each class or kind of building throughout each district but the regulations in one district may differ from those in other districts. This means, for example if R-10 gets a right at CCNC everyone gets the same right everywhere in R-10.  This proposed exemption, by definition, is ignoring 160d-702C and therefore is illegal or will not hold up in court because it ignores this important fairness doctrine built into law.

ISSUE 3: We all are promised “Equal Protection” under Federal and State Law:

What is covered under the Equal Protection Clause? No State shall make or enforce any law which shall abridge the privileges or immunities of citizens of the United States; nor shall any State deprive any person of life, liberty, or property, without due process of law; nor deny to any person within its jurisdiction the equal protection of the laws.

What is required to prove a violation of the Equal Protection Clause?

To establish a prima facie equal protection violation, the defendant must first show that a recognizable, distinct class or group has been discriminated against and singled out for different treatment under the laws as written or applied.

For Example: A Wealthy Community gets special zoning rights written in a way no other homeowners can enjoy. (Are you comfortable being a part of this sham?)

Finally, this is such a tight zoning definition you are being asked to create.  It only works for one community, and will fail a legal challenge at the expense of all of us.

If you pass this, many people will cite these reasons for the P&Z to approve STRs everywhere.  It would be much better to resend what you sent to the Village Council previously and abandon this illegal course of action so that CCNC and all others in town can do this — accepting your previously recommended regulations of enforcement. Don’t take property rights from some but give special rights to the mayor’s country club in which he is an equity member or owner.

Also, his dues are lower with this short term rental program.  Assessments could be lowered or eliminated, which is unique to equity members when they own a club. Not customers like me at Pinehurst CC who will not financially benefit from  a sale.

So, John Strickland should recuse himself  from discussion and / or voting on this exemption. If he does not, and the exception passes, Pinehurst gets a much deeper problem that ends up in a courtroom at the expense of all taxpayers.

One thought on “The Pinehurst Hot Mess: Again, Conflict of Interest ???”