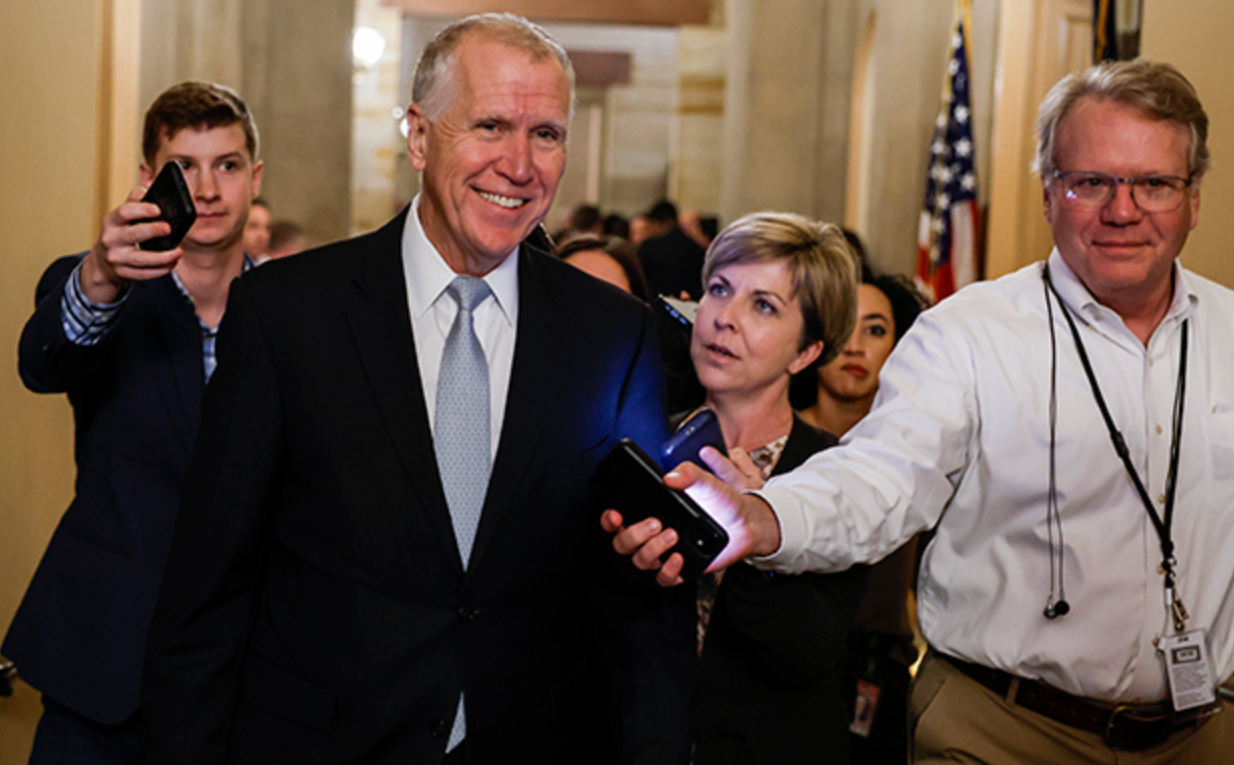 I am beginning to think that is what Therrible Thom is really up to.  All of this “bipartisan,” “crossing the aisle” nonsense.  That increases your value as a lobbyist on K

Street if you are someone who can cut deals with and talk to powerful folks in both parties.  THAT is where the real money is.  And THAT is what Therrible Thom is all about.  It’s kind of like one of his former neighbors told me: “If you want Thom to come by, tape a $50 bill to your front door.”

Some of his GOPe buddies have been talking down all of this Thom-for-Governor hype. They are saying Tillis won’t run again, but will be leaving the political arena altogether.  That’s right. And heading into the even sleazier, more lucrative world of lobbying.

Still, it does show a lack of respect for his voters.  He didn’t campaign on any of this stuff he is doing.  The whole idea of being a congressional representative is operating with the blessing of the folks back home.

But Thom’s target audience is the huge lobbying firms on DC’s K Street.  Not Main Street in Little Washington or Blowing Rock or Indian Trail or Reidsville or Rowland.

2 thoughts on “An audition for K Street”