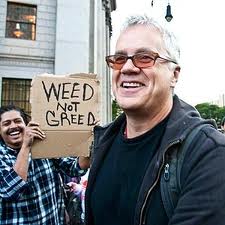 Dr. Thomas Sowell, an economist at Stanford University, is one of the wisest people I know of when it comes to business and the economy.  He has some particularly interesting insights on this ‘Occupy’ movement in his latest nationally-syndicated column:

In various cities across the country, mobs of mostly young, mostly incoherent, often noisy and sometimes violent demonstrators are making themselves a major nuisance.

Meanwhile, many in the media are practically gushing over these “protesters,” and giving them the free publicity they crave for themselves and their cause — whatever that is, beyond venting their emotions on television.

Members of the mobs apparently believe that other people, who are working while they are out trashing the streets, should be forced to subsidize their college education — and apparently the president of the United States thinks so, too.

But if these loudmouths’ inability to put together a coherent line of thought is any indication of their education, the taxpayers should demand their money back for having that money wasted on them for years in the public schools.

Sloppy words and sloppy thinking often go together, both in the mobs and in the media that are covering them. It is common, for example, to hear in the media how some “protesters” were arrested. But anyone who reads this column regularly knows that I protest against all sorts of things — and don’t get arrested.

The difference is that I don’t block traffic, join mobs sleeping overnight in parks or urinate in the street. If the media cannot distinguish between protesting and disturbing the peace, then their education may also have wasted a lot of taxpayers’ money.

Among the favorite sloppy words used by the shrill mobs in the streets is “Wall Street greed.” But even if you think people in Wall Street, or anywhere else, are making more money than they deserve, “greed” is no explanation whatever.

“Greed” says how much you want. But you can become the greediest person on Earth and that will not increase your pay in the slightest. It is what other people pay you that increases your income.

If the government has been sending too much of the taxpayers’ money to people in Wall Street — or anywhere else — then the irresponsibility or corruption of politicians is the problem. “Occupy Wall Street” hooligans should be occupying Pennsylvania Avenue in Washington.

Maybe some of the bankers or financiers should have turned down the millions and billions that politicians were offering them. But sainthood is no more common in Wall Street than on Pennsylvania Avenue — or in the media or academia, for that matter.

Actually, some banks did try to refuse the government bailout money, to avoid the interference with their business that they knew would come with it. But the feds insisted — and federal regulators’ power to create big financial problems for banks made it hard to say no. The feds made them an offer they couldn’t refuse.

People who cannot distinguish between democracy and mob rule may fall for the idea that the hooligans in the street represent the 99 percent who are protesting about the “greed” of the 1 percent.

But these hooligans are less than 1 percent and they are grossly violating the rights of vastly larger numbers of people who have to put up with their trashing of the streets by day and their noise that keeps working people awake at night.

As for the “top 1 percent” in income that attract so much attention, angst and denunciation, there is always going to be a top 1 percent, unless everybody has the same income. That top 1 percent has no more monopoly on sainthood or villainy than people in any other bracket.

Moreover, that top 1 percent does not consist of the “millionaires and billionaires” that President Obama talks about. You don’t even have to make half a million dollars to be in the top 1 percent.

Moreover, this is not an enduring class of people. Nor are people in other income brackets. Most of the people in the top 1 percent at any given time are there for only one year.

Anyone who sells an average home in San Francisco can get into the top 1 percent in income — for that year. Other one-time spikes in income account for most of the people in that top 1 percent.

But such plain facts carry little weight amid the heady rhetoric and mindless emotions of the mob and the media.