I have a friend who introduced me to the concept of weasel words.  That’s a slang term for verbage that leaves the speaker with a lot of wiggle room.  Kinda like ‘It depends on what your definition of IS is.’

It appears a driveby drove by our site and saw something he liked that didn’t involve dudes-in-dresses-in-the-ladies-room:

Embattled N.C. Republican Party Chairman Hasan Harnett said Tuesday that he’s in the “final stages of consummating a reconciliation document” with other party leaders to end months of infighting.

But party leaders say they’re not close to an agreement and still plan to vote on removing Harnett at a committee meeting April 30. About 200 of the 550 members of the party’s Executive Committee have signed an impeachment petition.

The conflict has hurt fundraising and harmed the party’s reputation in a crucial election year.

Harnett is the party’s first black chairman. He was elected last year with Tea Party support, beating a candidate who had endorsements from nearly every GOP statewide elected official.

Harnett’s proposed “peace accord” was sent to party members and posted Tuesday on The Daily Haymaker, a conservative blog.[…]

And while Harnett says he’s close to an agreement to end the feud, he also posted an eight-minute video statement Tuesday that blasts party leaders and two former chairmen. 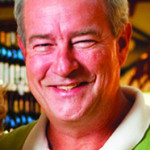 “No one would want to be treated the way I am being treated,” Harnett says in the video. “The Central Committee has made me nothing more than a telemarketer that calls and begs for money.”

Harnett said he has apologized to other party leaders in the hopes of coming together. “My apology was met with more divisiveness and hatred,” he said in the video. “I am not going to resign. I am not going to sit down and shut up.”

Addressing criticism of his fundraising, Harnett said his predecessors – former chairmen Claude Pope and Robin Hayes – caused the party to go into debt, and he blasted Pope for taking a salary as chairman.

Pope said Tuesday that the party was “never in debt” during his tenure, and that when he left office last June, the NCGOP had $300,000 in the bank.

“This shows his lack of political skills,” Pope said. “You don’t reconcile by beating somebody over the head with a video.”
[…]

Pope’s language here is an example of the weasel words I referred to earlier.  He denies ever being in debt, but insiders tell me Pope, Hayes and just about every other chairman prior to Harnett had regular periods where they had to go beg big money folks across the state at crunch time just to make the monthly payroll. *It must be nice to have cousin Art standing by to cut a check with a lot of zeroes whenever you need it.*

It may be true that $300,000 was in the bank at the end of his term.  THAT could have come from the RNC.  or from legislative caucuses, who have since pulled their money from the party and put it into ”affiliated committees.”  But if you — at the end of the month — are calling guys with fat wallets frantically seeking money to pay your staff., you fit the criteria of being flat-ass broke.  You ARE in debt.

Claude had his cousin Art and his friend Robin, among others, standing by ready to help.  Now, Claude and his buddies are sitting on their hands whenever Harnett finds himself in a similar situation.

(Oh, guess who Pope supported in the last race for chairman? )

If the criteria being used to condemn Harnett was being used even-handedly, Robin Hayes should have been fired well into his first year as chairman.  This is all about (1) revenge for Craig Collins, and (2) fulfilling the needs of the RNC on their whole open convention gambit for the presidential race.  It’s not about me and you. It’s not about the good of the GOP.

33 thoughts on “The NCGOPe and ‘weasel words’”