It had all the chaos of the Venezuelan economy (and every bit of the integrity of that country’s elections).  But — once again — the crowd that gave us Eli Global, Robin Hayes, and those five criminal counts has managed to maintain its stranglehold on that renowned laundering mechanism for ill-gotten gains known as The North Carolina Republican Party.

For those of you honestly thought this crowd would do the right thing today, ponder THIS:  They wouldn’t even demand the resignation of their chairman Robin Hayes after he was indicted on five federal criminal counts stemming from bribery allegations.

Let’s recap today’s events, shall we?

Charlie Foxtrot.  This guy was all over the place today in Concord.  Dallas Woodhouse, in the wake of the April  bribery scandal, was given a short-term contract so he could work on ensuring the smooth conduct of the state convention.  Let’s account for  the f***ups:

Meet the new bosses.  Same as the old bosses.  The same crew who sat around and enabled the situation that led to those April 2 indictments came out pretty much smelling like roses today.  Ma Cotten’s sweet, precious little girl got reelected to head something called the District and County Chairman’s Association.  She did very little during her last term.  There was next to no communication. But she got rewarded with another term.  Apparently, rewarding bumbling and failure at the NCGOP is the norm.  (Look at how long Dallas got to hang around.) 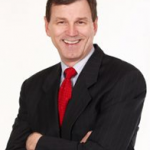 The chairman’s race was more puzzling.  You had John Lewis, the party lawyer who has been a staunch ally of Dallas and The Defendant;  Jim Womack, the very successful chairman of the Lee County GOP making his second run for the office; and Washington lobbyist Michael Whatley.

Lewis was part and parcel to the  embarrassment that has also coated the party in recent months and years.  So, he was a non-starter from the beginning.

Thirty days ago,  NO ONE had heard of Michael Whatley.  He has no record of recruiting candidates, 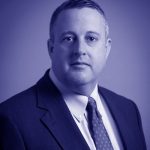 promoting the party platform, running campaigns, or raising  money for party organizations.  (Womack had all that.)

Whatley could brag that he had worked on two presidential campaigns.  (For the record, SO HAVE I.)  Whatley apparently impressed a lot of people with his name dropping.

Whatley’s experience has been in influence peddling and greasing politicians’ palms.   That appears to clearly be what’s most important among the power players in the NCGOP.  And it’s the same preoccupation that spawned the environment that led to those five federal indictments on April 2.

“WEIGHTED” VOTES. I thought it was ironic that a certain pudgy Pat McCrory fanboy was the first to speak out tonight about “weighted” votes.   “It’s just like the electoral college!,”  he bellowed via social media.

Here are the numbers for the chairman’s race:

As you can see,  according to the “raw” vote — Womack got more votes from the people actually in the room.  When this “weighted” nonsense kicked in,  the influence peddler slipped past him.

Saving the BEST NEWS for last.   Moore County’s Miriam Chu pulled 0ut a win in the vice-chairman’s race.  Miriam has done a great job over the years bridging the gap between Tea Partiers and party establishment types.  She’s got fans in both camps.  And she’s fought for issues near and dear to conservatives. 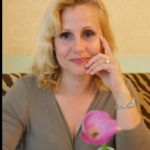 Sara Reidy-Jones has been the co-captain of the disastrous Mecklenburg County Republican Party.  (They won  a total of THREE races in their county in 2018.  One of those victors, Dan Bishop, is about to move from the state Senate to the US House.) 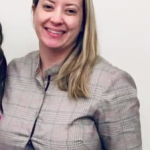 Most people resign in shame after a disastrous performance.

She just got reelected, inexplicably, to a  second term in Mecklenburg.  And she was attempting to simultaneously co-captain the state and county parties.

Amazingly, the delegates almost gave her that chance.  Here are the numbers:

Miriam won the “raw” vote.  But the “weighted” scam made the race a lot closer.  (Apparently, the powers-that-be couldn’t pull off one more piece of magic this day.)

Miriam Chu will be a breath of fresh air in that hot mess known as the NCGOP.  She asks questions.  She speaks her mind.  Some folks are not going to like that.  Some folks may try to harass her or try to shut her up over that “nasty”habit.

Vice-chairman is pretty much a worthless position.  (Kind of like lieutenant governor or vice president.)  But if that crew of villains and scoundrels who dominate that hot mess on Hillsborough Street decides to listen to Miriam and work with her, they just might avoid another April 2-like scenario.

74 thoughts on “The NCGOP 2019 convention: The decline and fall of a political party.”