Roy Cooper and Pat McCrory and Lon Cecil got together for a debate last night.  Believe it or not, HB2 got mentioned.  (I know — SHOCKING.)

*Can you BELIEVE that one of these guys will be governing our state over the next four years?* 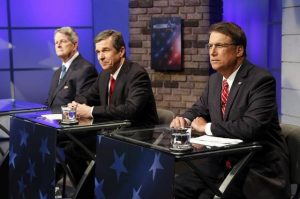 Hard feelings likely brought on by a wave of attack ads and surrogate spinning bubbled over into last night’s presentation:

McCrory interrupted saying, “As Attorney General you should be, resign right now for saying that. That is absolutely not true. There is no FBI investigation. You should apologize right now.” […] 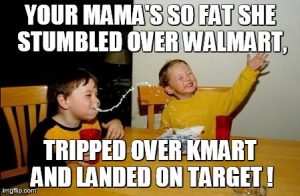 Cooper, the elected attorney general, said — with a straight face, mind you — that the crime lab has been FIXED.  (Never mind the information we recently learned about local governments and law enforcement agencies from BOTH PARTIES contracting with a private lab due to problems dealing with Cooper’s lab.)  MORE:

[…] On the topic of the state crime lab, Cooper said there are still resource issues with the lab, but he eliminated the backlog and the crime lab now is helping to convict thousands of people and exonerate others and that tremendous progress has been made. He said, “We found the problem, we fixed it, we didn’t blame it on somebody 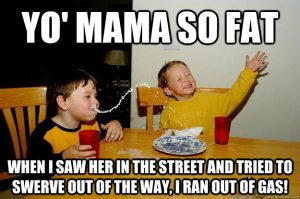 McCrory fired back saying, “The crime lab isn’t fixed, you ought to call your own hotline for fraud and turn yourself in.” […]

And then there was this *vague, obscure* HB2 thing that came up:

[…] When it came to HB2 McCrory said, “Do y’all even know what the penalty was in Charlotte for someone that did not accept gender identity as the new requirement in identifying if you’re a boy or girl? It was a fine of $500.00 and or a 30 day jail sentence…this 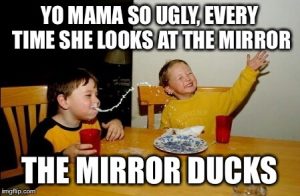 is what we overturned.”

One thought on ““The dozens” meet #ncgovdebate”