I saw this carnival sideshow being promoted on Twitter.  It appears at least one of John Hood’s troops made it for a first-hand look-see:

“There’s a lot of talk that goes on in the legislative building about different energy policies that are proposed,” said Dee Stewart. “But when a lawmaker supports policies that are conducive to the expansion of clean energy options it’s a winner across the board.”[…]

And NOW, we’re going to say something with as straight of a face as we can: *This has almost nothing to do with trying to squeeze more coin out of the FAT wallet of Charlotte gazillionaire and solar enthusiast Jay Faison.(Um, almost nothing.)* 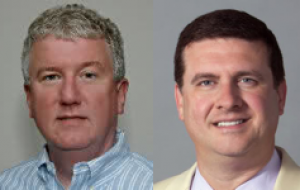 Conservatives for Clean Energy is an advocate for wind and solar energy, calling renewables a free-market competitor to traditional fossil fuels.

The poll asked if respondents would support increasing the mandate forcing public utilities to buy renewable energy from 12.5 percent of their power mix to 25 percent by 2021. Twenty-five percent is the national average for states with Renewable Energy Portfolio Standards.[…]

North Carolina is THE ONLY southeastern state has mandates for renewable energy in place.  Virginia has “goals”.  South Carolina and Tennessee have NOTHING.

[…] During a post-event interview, Stewart defended that concept of short-term, government-led investment in private markets for long-term gain.

“There are some conservatives who just flat believe the government shouldn’t be involved in all kinds of industries, and all kinds of decisions,” Stewart said.

“There are other conservatives, the majority, I believe, who believe that if something is a good investment the government ought to invest in it, and government ought to be an encourager of good ideas, and of innovation, and of small business owners, and of lower costs in the future,” Stewart said.[…]

There is no evidence, anywhere in history, where government intervention in an industry has resulted in lower costs and increased efficiency.  (This sounds a lot like how Obama and the Democrats lobbied for ObamaCare.  Just replace “solar mandates” with “The Affordable Care Act.”)

[…] “The big takeaway [for politicians] is that renewables are not the bad guys in the room, and that if you want to make them into the bad guys you are only going to marginalize the support you’re going to get” because renewable energy has deep bipartisan support, Shumaker said.

He told lawmakers they must make decisions that put them in position to be leaders managing the policy issues that will shape the future “so you’re able to keep your majority, stay in control, and win elections.”

That strategy is “going to become a more daunting task” as voter ideology continues to shift statewide from very conservative toward the political center due to an influx of unaffiliated voters from out of state who support clean energy initiatives, Shumaker said.

[…] But keep in mind that both wind and solar have to overcome the challenge of geography — developers install systems in the most windy and sunny spots first. The worse the location, the more panels or windmills you need to get the same amount of electricity. That’s why it’s less important how many megawatts of solar capacity gets installed, and more important how much actual electricity that gets generated by those panels.

For all the talk of “grid parity” the simple reality is that even combined with far more power generation from natural gas, renewable alternatives will need decades to push out coal. And the irony will be that as demand for coal lessens, it will become cheaper and cheaper, making it even more attractive for the coal-burning power plants that survive the coming cull.[…]

Solar is great as a backup source.  But what do you do in places that tend to be more overcast — i.e., Alaska, The Dakotas — than others? Also, the news is filled with horror stories from Europe about sky-rocketing energy costs related to solar power, as well as rolling brownouts and blackouts thanks to solar power.

“The other side had an organization that went door to door, and they attacked on that issue, and they lost,” Dollar said.[…]

pleasing his big donors – earned him tough primary and general election opponents that drained precious caucus and party resources away from other, more needy incumbents.  (See, for starters, Avila, Marilyn and Pendleton, Gary.)

Here’s Locke’s Jon Sanders delivering quite the education to Dee, Paul and Nelson:

[…]
“The main takeaway from this poll is this: When consumer costs aren’t part of the discussion, North Carolinians favor renewable energy sources,” and more options, said Jon Sanders, director of regulatory studies at the John Locke Foundation.

“The challenge for a poll to promote government favoritism and increasing purchase mandates for their special interest is to make those things sound like choice and competition. This poll manages that by hiding the costs to consumers and withholding other information from respondents as needed,” Sanders said.

One poll question references 34,000 jobs created by the renewable industry, but Sanders said research by 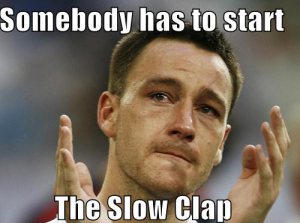 economists at the Beacon Hill Institute found renewable energy policies would create a net loss of nearly 3,600 jobs by 2021. Others have taken issue with the job creation claims as well.

Sanders pointed out the “tightrope that the special-interest poll tries to walk” in asking for the No. 1 cause of rising electricity rates in North Carolina, and offering only a handful of possible responses.

But, Sanders said, “This is an opinion question,” to which he offered a rebuttal:

North Carolina’s electricity rates are falling because of lowering fuel costs, primarily the decreasing cost of natural gas.
The cost of the renewable mandates — the REPS rider as well as the Demand Side Management/Energy Efficiency rider — are increasing. If fuel costs weren’t falling, North Carolina’s electricity rates would be rising due to the riders. 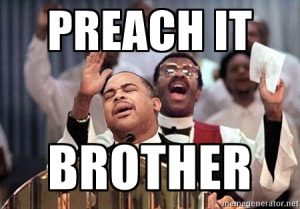 Sanders said the only time the poll offered any hint that renewable energy sources cost more than fossil fuel occurred in the campaign context of Donald Trump’s energy policy versus Hillary Clinton’s. The poll found that respondents favored Clinton’s position over Trump’s by 51.8 percent to 28.5 percent.

“I think that question undercuts the entire rationale of the poll,” Sanders said. “The poll wishes policymakers to think that government favoritism and purchase mandates boosting renewable energy are winning political issues. But in point of fact voters in this state favored Donald Trump over Hillary Clinton.”

7 thoughts on “The Dee & Paul Show: Selling the NCGOP on solar welfare”