This is what got it all started: 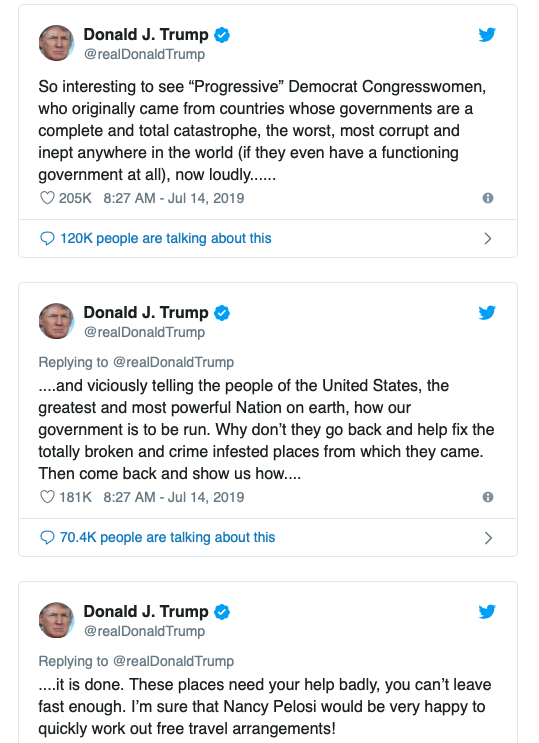 You’ll  notice in the second tweet,  the media and the Democrats took “the totally broken and crime infested places from which they came” and twisted it into “go back to your places of origin”.    (Actually, many of us have thought about and said the same thing President Trump said to so many Yankees who have done their damage in New York, New Jersey and Massachusetts, then  moved down south to do even more.)

The middle part of this Tweet is what the idiots in the media and in Wayne Goodwin’s office are hollering about.  When I first read it,  I thought about places like New York City, San Francisco, Detroit, Minneapolis, and other urban leftist hellholes in this country that elect Mensa candidates like AOC and her gal-pals.

Trump has a point:  If AOC and her gal-pals’  ideas are so wonderful, why aren’t they implementing them in their hometowns?  And why aren’t their hometowns so much more pleasurable to reside in?  (Minneapolis-St. Paul is the worst in Minnesota in terms of violent crime.   Detroit is unlivable.   San Francisco has a huge problem with public piles of poop.) 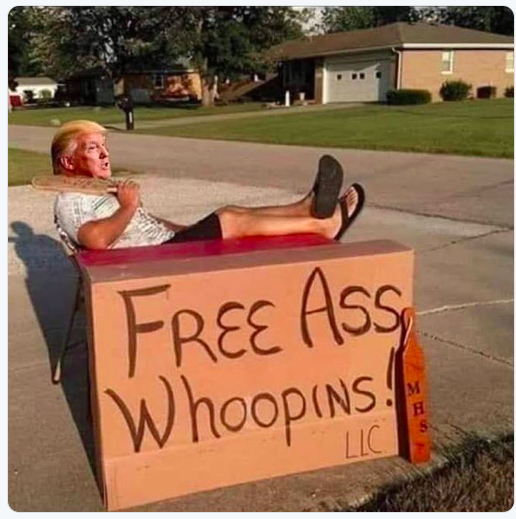 The low-lifes at The N&O aren’t even bothering to slap “reported” or “alleged” or anything like that in front of the word “racist” when talking about Trump’s comments.  Of course, they ought to know racism.  They, as an institution, will be forever remembered for instigating a race riot and mass murder in the City of Wilmington.

Trump didn’t buckle in the face of this nonsense.  He stood strong and took it to the press during this White House event celebrating American manufacturing. 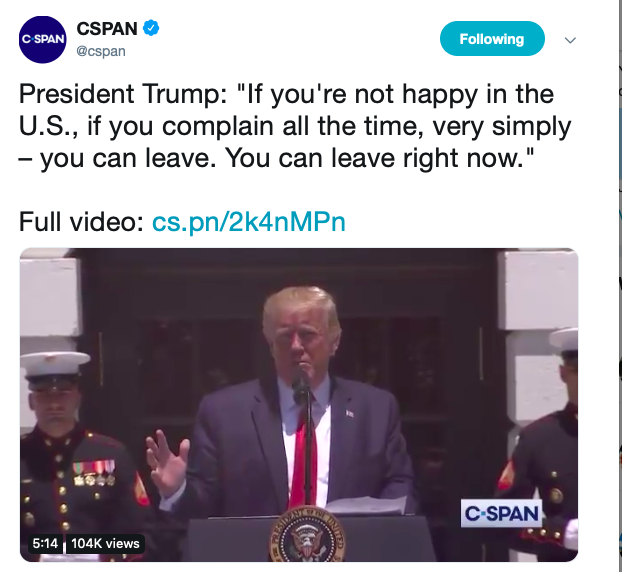 4 thoughts on “The BIG stupid smear”