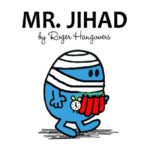 We heard already about the federal government’s secretive efforts to relocate “unaccompanied minors” from south of the border into North Carolina and other states.  Now, a court case in Massachusetts is shedding light on something similar with Syrian refugees:

The secrecy of the federal refugee-resettlement program has once again been highlighted by a local official who has seen the dark side of the program play out in living color.

In Lowell, Massachusetts, a 13-year-old girl was twice groped at a public pool last week by a 22-year-old man freshly imported into the community from Syria as a “refugee.”

The city manager of Lowell told his local newspaper Tuesday that he was not even notified by the U.S. State Department or its resettlement contractor that Syrians were being delivered to his community.

Emad Hasso, 22, of Syria pleaded not guilty Friday to inappropriately touching the girl at the state-run Raymond Lord Memorial Pool in Lowell, according to the Lowell Sun.

This marks the second high-profile sexual assault on an American girl in the past month by a refugee. On June 2, a 5-year-old girl in Twin Falls, Idaho, was reportedly raped by an Iraqi refugee boy while an older refugee from Sudan filmed and coached him during the assault.

Hasso is one of 18 Syrians, all of them most likely Sunni Muslims, who have been secretly planted in the Lowell community since May, according to the State Department’s Refugee Processing Center online database.

City Manager Kevin Murphy said he’d like to receive regular numbers from the federal contractor that resettles refugees in the city. The International Institute subcontracts with the main federal contractor, U.S. Committee for Refugees and Immigrants, or USCRI, to deliver refugees to Lowell.

The city does not know when or from where refugees come to Lowell, Murphy said, and is only made aware of them when a refugee gets arrested or otherwise singled out for bad behavior.[…]

This is how they treat a state that supported Obama TWICE?  Imagine what they’d do to us or South Carolina.  MORE:

Cities receiving Syrian refugees over the past nine months include the following:

*Sigh.*  Look at what has happened in Idaho and Massachusetts.  Look at the chaos in Europe.  *What could possibly go wrong with this?*

9 thoughts on “SYRIANS: Coming soon to a city near YOU”