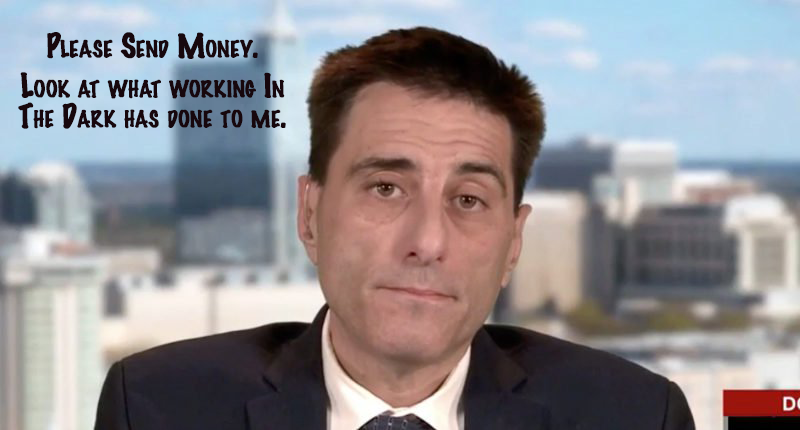 Are you getting daily emails — that look a lot like Chinese-generated spam — begging for $4 to $10 donations to help “our candidate” in the “upcoming special election”?

We are.  And here’s an example: 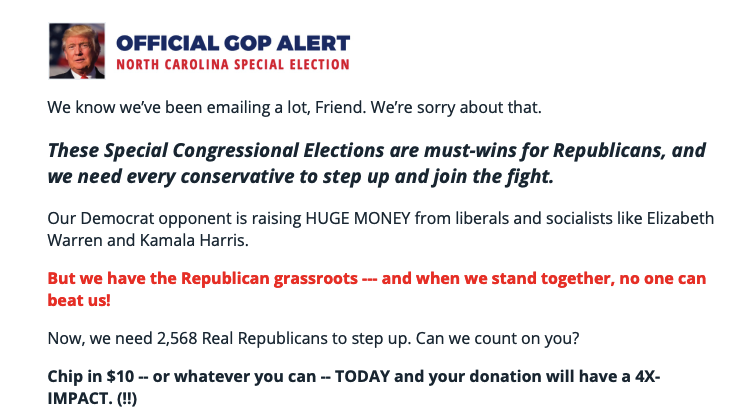 The alias on each email is different.  But the address behind the alias each time also happens to be the primary source for external (outside Hillsborough Street) messaging for lil’ foul-mouthed Jeffrey.

The daily emails suggest that your $4 to $10 will go right to the effort to save the Ninth Congressional District from the liberal hordes.  Your $4 to $10 is supposed to compete with all those four figure donations to Ginger McCready from labor unions, environmental wackos and radical gay groups.

If you believe this is really about helping out the eventual party standard-bearer in The Ninth, I’ve got some oceanfront  property in Randolph County to sell you.

The crew — led by Dallas and his grandpa Robin — who forced their way into power via coup proclaiming expertise in fundraising and PR and campaign strategy have reduced the NCGOP to shambles.   The party — in the words of Kanye — is BROKE, BROKE in more ways than one. 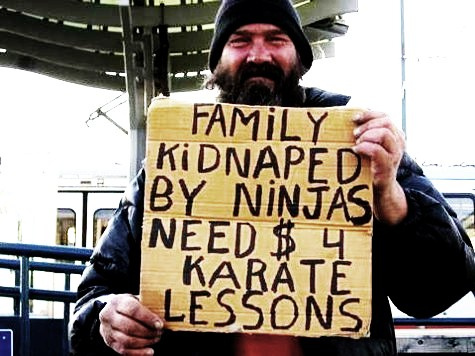 Folks I know who have knowledge of the internal numbers tell me there is serious concern about keeping the lights on at NCGOP HQ.  (With a party treasurer who has been reprimanded and fined repeatedly by state regulators, it shouldn’t be a surprise.)

Keep in mind too that there was a nearly $2 million donation from the subject of an FBI probe that MAY have to be forfeited to the feds, as well.

Your $4 to $10 will more than likely go toward keeping Dallas from having to sit in a dark office all day than toward financing a GOP effort to hold The Ninth.

If you’re honestly interested in helping to hold The Ninth District, we recommend you pick a candidate and donate directly to them.

Responding to these daily emails with cash donations only helps to continue the trend of electoral losses,embarrassing scandals, and bright-red financials.

7 thoughts on “Struggling to keep the lights on”