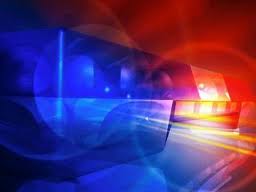 Tommy Davis has been a long-standing fixture on our local paper’s web site message boards.  Today, he moves to the front pages of the paper.  (I’m not so sure that THIS was the kind of publicity the rookie candidate was looking for.)

Davis is running in the GOP primary for the NC Senate District 29 seat against incumbent Jerry Tillman and Pinehurst’s John Marcum.

You’ll see — at the bottom of the story — an anonymous poster referring to Tommy as a “tea partier.”  ANYONE who has followed Tommy’s rants knows that he is the furthest thing from a Tea Partier.  In fact, he frequently mocks the movement.

(Mr. anonymous poster needs to pay closer attention to the news.  The guys having all of the run-ins with police are Occupy Wall Street and lefty granola types. )

In the story, Davis’s wife says she called 911 to get some help for her husband’s blood sugar issues.  His possession of a gun– or the possibility of it —  killed the prospect of getting paramedics on the scene FIRST.  Those folks are unarmed and are not about to go on-scene to try to work when there is a possibility of getting themselves shot.  They need the cops to clean up and secure the scene FIRST.

In politics, it’s quite tempting to mock others for their shortcomings and screw-ups.  In this case, it’s best to recommend that Davis drop out of the race and  focus on his health and his family.

There’s no doubt that campaigning is stressful.  But, it gets a lot worse if you make it to Raleigh and have to function amidst that three-ring circus on Jones Street.