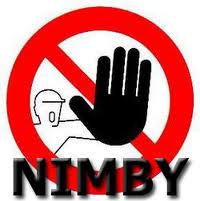 We’ve reported on the Village Action Team-endorsed ticket of Cashion, Fiorillo and Parson in Pinehurst.   Now, in Southern Pines, it appears the hardcore anti-development crowd in Southern Pines is rallying its forces behind the mayoral candidacy of Chris Smithson and the council candidacies of Marsh Smith and David Woodruff.

Marsh Smith has marked a lot of his campaign speeches with the slogan “No More Asphalt or Shingles.” (The guy has issues with building materials. It makes you wonder what his house is made of.)

He repeated it several times at the recent campaign forum in Southern Pines, but — surprisingly — the phrase never made it into The Pilot’s coverage.

Smith needs to be asked some tough questions about this slogan.  Does it mean he will have the town block you from building your dream house in Southern Pines?  What if you want to add on to your existing house?

Supporters of all three candidates have vocally — and seriously — argued that the town should shut down all development, and focus on environmentally-friendly business activities like harvesting pine straw.

Woodruff is trying to return to the council after losing his 2009 reelection bid.  During his time on the council, he was a reliable opponent of any development project that came before the town.

Smithson, making his second bid for mayor, has enthusiastically endorsed the agenda of The Sierra Club — especially its Cool Cities program, which calls for towns mandating auto emission and gas mileage standards, as well as standards for household appliances.  Is this the business of The Town of Southern Pines?  How much would it cost to bring the town government into compliance with Cool Cities mandates? Will Mayor Smithson have town employees inspecting the appliances in your kitchen, to see if they meet Cool Cities mandates?

These are all important things voters need to consider, and ask the candidates about, before heading to the polls in November.