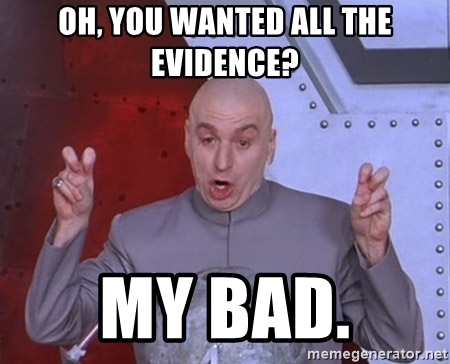 We talked with several JD-bearing observers who characterized today’s ruling on vote fraud allegations in Robeson County as little more than naked, vicious power politics with very little basis in the law.

Robeson County was one of two counties in the Ninth Congressional District where illegal activities were suspected of negatively impacting the congressional race.  The final results, where Republican Mark Harris led Democrat Dan McCready by 905 votes, were not certified in those two counties — thereby blocking the election’s certification at the state level. 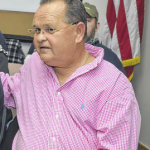 A district court race in Robeson County — where Republican Jack Moody led Democrat Vanessa Burton on election day but fell behind later during canvassing — also had its certification held up due to questions of vote fraud.

Today, the state  board simply certified the Robeson judicial race — even though its vote margin was significantly smaller than that of the congressional race.  There will be a new race for Congress, but not for the judicial seat.  So sayeth the state elections board.

Observers tell me the state board of elections did not  bother to consider clear-cut evidence that a ballot harvesting operation — not too different from the one that got McCrae Dowless indicted and arrested — was alive and well and thriving in Robeson County (for the benefit of Democrat candidates).

Documents recovered from the Robeson County board of elections indicate that large numbers of ballots were being returned daily to the Robeson County elections office by a set group of people who appear to be tied to the state and national Democrat Party.  I am told those documents detail an operation substantially larger than anything McCrae Dowless might have been involved with.

I talked with Jay DeLancy, head of The Voter Integrity Project, who said he was not amused by any of this:

“It’s obvious the state board ignored evidence that could have accomplished their stated goal of cleaning up elections in that part of the state. It’s obvious that the state  board of elections ignored anything that could prove detrimental to the governor’s party. and focused with surgical precision only on items that dealt specifically with McCrae Dowless. Their lack of curiosity about anything that did not have to do with McCrae Dowless was disturbing, to say the least.”

DeLancy suggested that taking state and county elections personnel to court and putting them under oath could (1) win Jack Moody a new election and quite possibly (2) cost some other people their jobs, as well as (3) make some serious progress toward cleaning up elections in southeastern North Carolina.

Raleigh politicos have been  exchanging high-fives for days while claiming they’ve “cleaned up” elections.  In reality — other than Mark Harris being out of the congressional race and McCrae Dowless getting indicted — nothing has changed.

But ALL THIS hinges on  Jack Moody taking the big step of appealing what the state elections board has done.

4 thoughts on “Sources: GOPer Jack Moody has ‘a hell of a good basis for appeal’ of state elections board ruling on Robeson County”