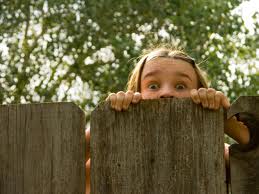 The other day, Walter Jones, Jr. was babbling about Dick Cheney roasting in hell.  My nominees for that particular “honor” are the members of the news media and politicians — from BOTH PARTIES — who have been lying and playing on people’s fears about what really amounts to paltry reductions in federal spending.

The media keeps quoting this $85 billion dollar figure to characterize the impending “budget cuts.”  Some observers are saying that the cuts in spending growth will actually be in the ballpark of $20 billion to $44 billion THIS YEAR.  We are STILL going to be spending more money than we did last year.  And last quarter.

Government budget writers typically figure in an eight percent spending increase per line item each year.  If you decide to only spend 7 percent more next year, the bureaucrats call that a CUT.

Let’s look at the sequester THIS WAY.  If it goes into effect, we will only be cutting ONE CENT off of every dollar of new federal spending.  Little Barry proposed $84 billion in new spending during his State of The Union address.   Congress approved $56 BILLION of spending in a Hurricane Sandy “relief” bill.

You know what else is interesting?  Little Barry gets to decide WHAT gets cut.  He and his people GET TO PICK.  Notice how much scrutiny The Pentagon and other national security entities are getting right now?  It’s hard to fathom — since welfare makes up 56 percent of federal spending and defense is in the ballpark of 19 percent.  Yet the GOP agreed to let defense and welfare be considered equally for cuts.

The Constitution says government spending decisions originate in the House.  A bill gets passed and moves to the Senate.  The Senate approves a bill.  Differences in the House and Senate versions are ironed out in bicameral conferences.  The end result goes to the president for a signature.  Sound simple?

Well, we’ve got John Boehner negotiating privately with Little Barry.  Why, the other day, we had Boehner telling the Senate — where he has NO influence — to “get off their ass” and do something.  Never mind that action is supposed to originate in Boehner’s chamber.   Little Barry and Senate kingpin Dingy Harry say they are not going to agree to anything that doesn’t include tax hikes.  Meanwhile, 533 other members of Congress are standing on the sidelines and The Constitution is dismissed.

So we have governing by crisis.  Every few months, we’re told the world is going to end.  From the bank bailouts, to the debt ceiling, to all of the continuing resolutions. We’re going to hear about the debt ceiling AND another continuing resolution VERY SOON.   It’s a big bipartisan scam.  We’re told that things will fall apart if we spend even ONE PENNY less.  What I wouldn’t give for a crew in DC that actually PAID ATTENTION to what our founding documents actually say.

We all need to send a message to THE ENTIRE CIRCUS in DC — at both ends of Pennsylvania Avenue — that they need to get back to basics and do what the founding documents tell them to do, or get the hell out of the way.

The world will not end on March 1.  But our country slips further into the hole every day we continue to allow these people to perpetrate their scams.