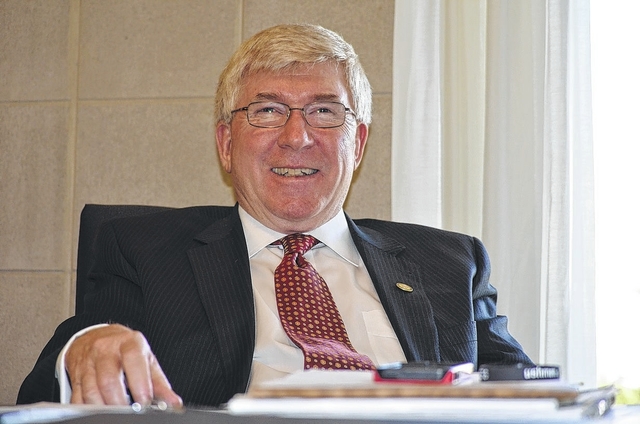 Some folks across the state have a feeling they know WHY there is an effort afoot on Jones Street to take over high school sports:

It’s hard enough getting people to become high school sports officials as it is. They put up with the abusive fans and parents, low pay and terrible hours because they truly value and care about what they do.

The last thing they need to worry about when making a call that’s going to enrage half of the people in the stands is making some state legislator angry.

That’s just one awful implication of House Bill 91, a legislative dumpster fire which would put the NCHSAA — which has done the thankless job of administering high school sports for more than a century — under the direct control of the state board of education, a body with no experience nor apparent interest in the task. The bill was passed by the N.C. Senate and sent back to the house Sept. 8.

It was one thing when coaches and athletic directors came out against the bill, as so many have. It’s another thing entirely when officials take a rare public stand. For the 275 members of the Triangle Basketball Officials Association, HB91 was enough of a threat to do just that. Other regional associations representing the state’s 6,500 high school officials in other sports have followed suit.

“If the state government takes over, there’s just no infrastructure like there is with the NCHSAA to train us and recruit us and compensate us,” said Steve Schwartz, a 35-year high school basketball official from Raleigh and a member of the TBOA board. “Then there are the unknowns. I understand the protocols of the NCHSAA. As a tenured official, I know what’s expected of me. If the state takes over, there’s a lot of unknowns.”

The version of the bill passed by the senate on Wednesday is dialed back from an earlier draft, a nightmare that would have put political appointees directly in charge of high school sports. This is only slightly better, because it takes the leadership and rule-making for high school sports away from a functioning, effective organization and puts it into the hands of a government body ill-suited to manage it — one that has happily outsourced oversight of high school sports to the NCHSAA for decades — while still opening the door for all kinds of political influence and back-room dealing.

Which is exactly how we got to this point, the apex of petty political shenanigans that have gone too far.

It all started when Anson County was prohibited from participating in the 2019 football playoffs after several players were involved in a fight earlier in the season, the most basic application of NCHSAA rules. State Sen. Tom McInnis (R-Anson, Moore, Richmond, Scotland) called NCHSAA commissioner Que Tucker asking her to relitigate the suspensions because he believed the NCHSAA overreacted — essentially, exerting his political influence in the hopes of altering the potential outcome of a football season.

Tucker said no. Months later, McInnis got a few other sentators to help him gut a bill passed by the house to increase access to therapy for children with autism and replace it with a frontal attack on the NCHSAA, and here we are.

There’s no mystery to that. McInnis has openly said that’s where this all started, with Tucker’s refusal to bend the NCHSAA’s own rules at McInnis’ request for leniency. It’s the epitome of all politics being local, an entire state having to scratch one senator’s grumpy itch.

“I reviewed the tapes too,” McInnis told WRAL.com last March. “I couldn’t see what they were talking about. I could not see enough evidence to see there was an infraction of the rules based on the rule book they showed me.

“I think it was subjective. I think they did it just because they could. Anson County is a small, rural school district. … Those kids don’t have a voice, but their senator has a voice, and this senator is not going to just stand idly by.”

Attempts to reach McInnis for further comment were not immediately successful.

That all might be fine if this effort was an honest attempt at reform — and there’s certainly room for debate when it comes to the policies and practices of the NCHSAA — but that’s not what this is. If reform were truly the goal, the NCHSAA wouldn’t have been cut out of the process the way it has.

The NCHSAA is overseen by its own member schools. It is what they want it to be. So apply pressure on the NCHSAA’s directors to do their job, if you must, rather than accusing the NCHSAA of hoarding its $41 million endowment and capital reserve as if that’s some nefarious chicanery and not good fiduciary stewardship.

This end-run around the NCHSAA itself is a blatant attempt to politicize high school sports, to let powerful politicians make sure their teams get favorable treatment while singling out a commissioner for scorn who’s doing a difficult job and doing it well.

The NCHSAA — and, by extension, Tucker — takes a lot of flak because it makes a lot of decisions that are by their nature unpopular with half of its constituents. Everything from discipline to playoff seeding is a no-win operation if you’re the one making the call. It’s a thankless job the NCHSAA does well, and only a select few would benefit from a new system embedded within the state government where every senator and representative feels like they are entitled to file a claim on behalf of his or her alma mater.

It’s a scary prospect for anyone who cares about high school sports, but consider for a moment the high school officials who need the unequivocal support of the NCHSAA to do their jobs. Under the NCHSAA’s supervision, only the official who ejects a player can rescind that ejection. (The NCHSAA certainly can, and does, provide guidance or evidence.)

“We felt it was important to publicly say we think this bill is bad,” Schwartz, the basketball official, said. “We support what we have now. We believe in the NCHSAA because the NCHSAA believes in us.”

“We felt it was important to publicly say we think this bill is bad,” Schwartz, the basketball official, said. “We support what we have now. We believe in the NCHSAA because the NCHSAA believes in us.”

If HB91 passes, who knows who actually makes that call?