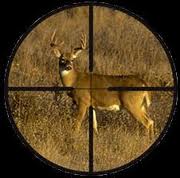 There actually is a down side to living in a great community like Pinehurst.  The quality of life is so great that SOME busybodies create problems to, um, tackle.

Some years back, we had ONE old lady complain to the Pinehurst Village Council about how loud the kids next door to her were.  The result?  The council approved an ordinance BANNING kids from being outside after dark.  Even on weekends.  Even during holidays and vacation periods.  Fortunately, the sane majority in the community jumped in and quickly killed off that asinine idea.

We’ve had bureaucrats attempting to regulate swing sets and fences in private yards.  We’ve even had a Soviet-style planning and zoning process that KILLED all kinds of development for years.

Thank goodness that we finally have a pretty decent crew on the village council to bring about some reasonable reforms in the local government.  Unfortunately, it appears we have ONE elected official who appears to be trying WAY TOO HARD to be relevant.

Recently, we had a handful of little old ladies show up at some village council meetings complaining about deer eating the flowers in their yards.  Supposedly, the village government surveyed residents on the “deer problem.”  (I hear about these surveys all the time.  Who gets surveyed?  I NEVER get surveyed.)

The survey, and the handful of complainers, spurred councilman John Strickland to form a deer task force that has held hearings with the intensity of The Watergate Committee and has been covered by our twice-weekly gold-plated local newspaper like The Washington Post covered the aforementioned hearings.  Fortunately, I’ve seen and heard a number of other local officials rolling their eyes and snickering about Strickland’s hearings. 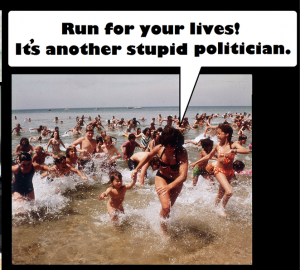 For those of you not familiar with Pinehurst, there is not exactly a deer problem here.  Ninety-five percent of the roads in the village have a maximum speed limit of 25 MPH.  We’re a golf resort, so you frequently find yourself behind golf carts on the road.  So, it’s rare that you find yourself going so fast that you can’t stop quickly.

We’ve got quite a few wooded areas in town.  (I reside in one of those.)  I see all kinds of wildlife around my house.  It’s great to watch deer mothers and babies grazing not far outside my window while I eat breakfast in the morning.

We’ve got a significant coyote population around here.  (I’ve seen TWO myself face-to-face.)  Coyotes prey on small animals (cats, small dogs, etc.) and CAN injure people.  And here we are worried about DEER eating potted pansies. Squirrels have trashed one of my bird feeders.  Should I be demanding the village government initiate a squirrel slaughter?

There is no evidence that we have a problem with car-deer collisions.  I have no beef with deer (as long as they stay away from my car while it’s moving).  We have potted flowers here at Haymaker HQ.  They are located within a picket-fenced courtyard so the deer can’t feast on them. (Deer don’t have thumbs that allow them to open gate latches.)

If you read the comments at the bottom of this story, you’ll see that public opinion does not appear to be on the side of councilman Strickland and his small group of complainers. Stop fabricating problems and put the pedal to the metal on the effort to make our local government more user-friendly.