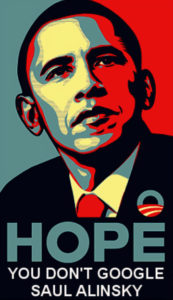 Leftists and the driveby media are working hard to whip up a narrative about police ganging up on poor defenseless black people.  Obama wants the police to kowtow and beg for forgiveness — as they’re being ambushed by snipers.

Well, Chet Mann, the Democrat mayor of Sanford, North Carolina, is seeing something different in the crime problems afflicting his city.  Here’s a message he sent  to his council yesterday:

[…] Dear Council,
I would like to seek your input and potentially a discussion on our current  crime rate specifically regarding oir continued gun crimes.  our murder rate is now higher than Chicago’s statistically and it hurt me to read this in today’s Sanford Herald editorial. We are averaging more per million that they are. 3 this month.
It seems the young , black male crime against other young black males just will not subside. It’s senseless and in our community that is so small and the majority of our crime seemingly coming from just a few concentrated areas we should be able to eradicate it.
I want to come up with a real plan that addresses helping neighborhoods get control of their young people, eliminating places that illicit behavior occurs and creating an atmosphere of intolerance where violence crime exists. We need to be a top 50 safest city in NC.
What can we do? What should we do? it seems to me we don’t have a racial issue here as much as we have a disregard for human life among some of our young people and perhaps a community that does not know how to stop it.

Officer Reggie Petty was on the scene at the Tiki Bar this weekend and then at the hospital when the victim died. Reportedly, he was treated terribly, threatened and sworn at by the African American Friends of the victim. Officer Petty, one of our best law enforcement officers with years of experience was at wits end with their behavior towards him and blatant disregard for the law. 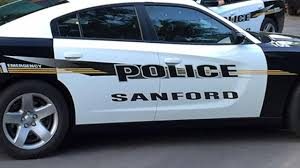 I don’t have the answers right now but based on my discussion with our police the neighborhood families have no control and don’t seem to know how to instill discipline on their young adults and children. Our County has ignored calls for a youth center and we seem to turn our heads to the issue. Why are we accepting that for decades we have always averaged 6 or 7 murders per year as the Chief has said. why are we not demanding ourselves that the average be cut to zero or half??

I am upset and frustrated. what are your thoughts? 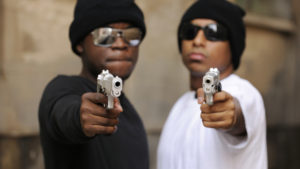 While Dan Blue and Bill Barber want to demagogue about an alleged voting suppression problem, this guy Mann appears to have hit the nail on the head (except for the youth center thingie).  Black communtiies are being torn apart by a lack of discipline and a lack of leadership.   “Role Models” for young black folks are encouraging anger at the police, thuggish activity, “baby mamas” and rebellion, as opposed to studying in school, hammering out decent grades, getting a good education, and landing a good (legal) job to take care of yourself and your family.  *The good folks at the local DSS office just aren’t that good at teaching those lessons.*

Leftists throw these folks a few bones from the government kitty to keep them alive, angry and whitey, and ready to vote Democrat each election.

But “goodies” from the government don’t seem to have the answer for driveby shootings and thugs terrorizing the innocent majority in these communities.

One thought on “Sanford NC mayor: Black on black violent crime “out of control””