“Insanity is doing the same thing, over and over again, but expecting different results.” 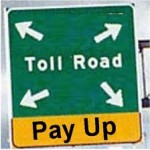 We’ve written extensively about the toll road fight in northern Mecklenburg County. Despite all kinds of concerns out there in the public domain, and vociferous protests from area residents, politicians from Charles Jeter to Thom Tillis to Pat McCrory insisted that the project must go through.  Never mind the countless reports of financial problems with the contractor’s other projects. Never mind the reports of legal troubles for the contractor in Europe.  The ruling class — the folks IN CHARGE in Raleigh — insisted this was happening.

I can’t prove it — yet — but political favors AND / OR payoffs must be intertwined with this whole I-77 matter. (It’s the way things are done in our fair capital city.)  Selfish personal gain — financial or otherwise — had to be behind ignoring all of the warning signs.  (Though, maybe it was just plain stupidity.)

As the I-77 project got closer, area residents begged the state to back off.  Gov. Pat said he had no power to stop it — even though it was a deal struck by his DOT team.  We were told it would be too expensive to call off the deal. Local folks got told they would be personally liable for paying the penalties associated with canceling the contract.

Well, word has come that the same company we have entered into a FIFTY YEAR agreement with has filed for bankruptcy in Texas on a project very similar to the I-77 project in Mecklenburg County:

[…] The highway has been in financial trouble since it opened. Moody’s downgraded the bonds to junk bond status last year predicting default this month. To drive Cintra’s toll road it costs $7 one way with truck tolls double that. The Texas Department of Transportation (TxDOT) operates the northern four segments of SH 130 that connect with Cintra’s southern stretch.

TxDOT enjoys a revenue sharing scheme with Cintra and it used public money to buy-down the truck toll rates for a year to try to get more trucks to bypass SH 130’s congested alternative route, Interstate-35, and it also dual designated parts of Interstate-10 and Interstate-410 in San Antonio as SH 130 to try to entice drivers out to SH 130 where driving the full 86 miles to bypass Austin would cost $12 one way. TxDOT even floated the idea of swapping free I-35 with SH 130 making I-35 the tollway and SH 130 the freeway. But despite all the help from TxDOT, nothing has worked. Cintra’s toll road is going bankrupt despite every ploy by TxDOT to make it solvent.

Perry put out the welcome mat for P3s as soon as he took office. Texans have opposed such controversial corporate toll roads, with opposition growing as more d

etails become public. SH 130 is the only portion of the Trans Texas Corridor TTC-35 project that was ever built. It was the one that got away as the contract was signed just two months before the legislature put the brakes on P3s imposing a moratorium in May 2007. P3s for roads completely expired in 2009, though several projects that were already advancing continued and the legislature has twice voted to allow a handful of selected projects to advance if there was support by local officials. But the public has never wavered.

The incentive to Cintra was to make its tollway more appealing, and the incentive to TxDOT was its revenue sharing and the concession fee. In the same commission meeting that it raised the posted speed limit on SH 130 to 85 MPH, the Transportation Commission also lowered the speed limit on the adjacent freeway, Hwy 183 through Lockhart, from 65 MPH down to 55 MPH. So speed limits in Texas are no longer based on public safety but on profit and greed.

Any of this sounding familiar to you folks around Charlotte?

Well, NCDOT now says it will “reassess” the I-77 deal in light of the bankruptcy filing by Cintra in Texas.  Maybe they can add the contractors’s 2014 BANKRUPTCY on an Indiana toll road deal to their,um ”reassessment.” 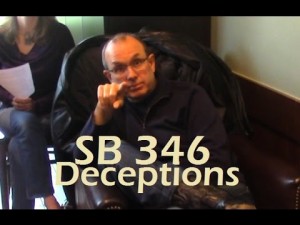 could have seen all of this coming.  Tillis, McCrory, Jeter AND Jeff Tarte need to be held accountable for this mess.  They told all of these voters begging for the project to be stopped to go pound sand and eat cake.  Now that the heat is on, and a bunch of politicians have already lost their jobs, toll opponents now have the political class’s attention.

Who knows if we will ever get to the bottom of this whole thing.  But, as it stands, it looks like we will all be on the hook for this experiment-with-other-people’s money.