Salon’s Joan Walsh leaped into the breach today to defend the honor of our very own Big GovtBarbie: 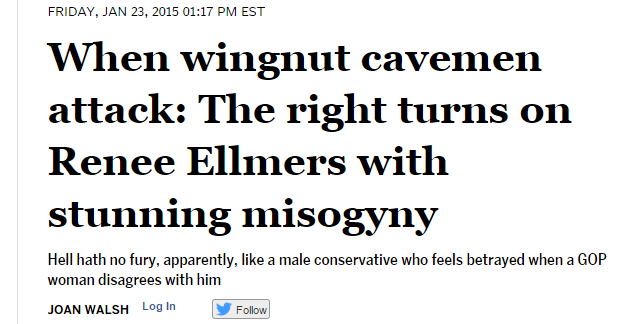 It ought to concern you when your GOP Member of Congress is being heartily defended by the vanguards of the tin-foil hat Left at places like Salon. It appears Team Ellmers and some elements of the feminist movement are trying to paint the backlash against Renee as simply men upset that a “strong woman” is speaking her mind.  Oh, yeah.  Try selling that one to the gals at SmartGirlPolitics who recently transmitted THIS on Twitter: 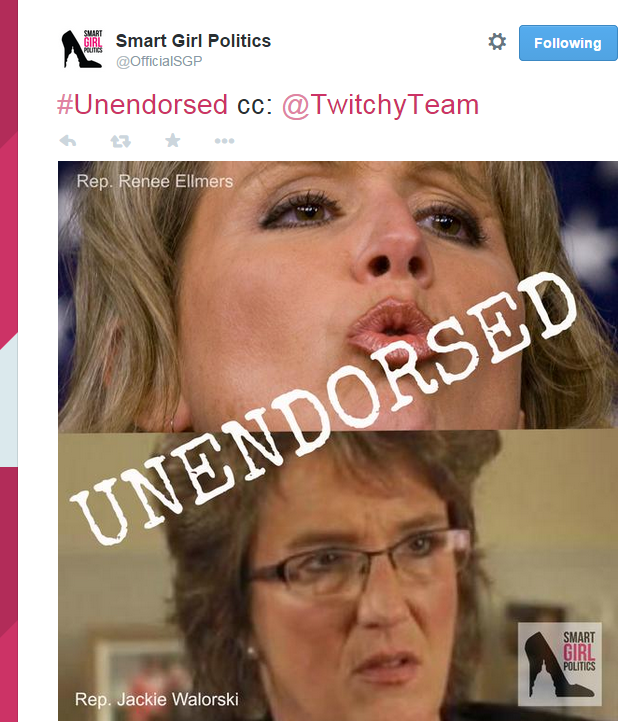 Ouch.  Not exactly a bunch of “wingnut cavemen” there.  Oh, and we’re getting YET another version of why Ellmers worked to kill the late-term abortion legislation from our friend Lady Liberty:

[…] The language that upset a number of GOP women (and men) and was brought to Rep. Ellmers, as she is chair of policy committee.   It is my understanding that Rep. Ellmers then took the concerns to the leadership; multiple meetings and discussions arose, of which apparently Ellmers was not privy to some of them.

This language, from what sources tell me, was originally in the text of a ‘rule’, which was originally voted on separately. This latest incarnation of H.R. 36 had incorporated that rule text, hence the maneuvering that took place.

Some background on that ‘rule’
In 2013,  House Res. 266 was the rule where the ‘mandatory reporting language’ resided.

However, from what was explained to me, this rule was a combined rule with what would become known as the ‘Farm Bill’. What this meant was that the combined rule prohibits the ability for Members to vote against passage.

To expand on that, a no vote on this particular combined rule would have resulted in Republicans voting against a provision of the Farm bill. As Rep. Ellmers represents a strong agricultural district, there was no way they would likely have voted against this provision within the Farm Bill.[…]

Here is the text from the 2013 bill. The language about reporting to law enforcement is right there in plain English.  Here is the video of Ellmers in 2013 praising that bill which is IDENTICAL to the one that was to be voted on THIS YEAR.  She — and her co-conspirator Walorski and the Democrats — had NO ISSUE with it in 2013.

Here is the rule for consideration of the bill this year.  It simply says you take the bill or leave it.  Yes or No, with NO amendments.

Let’s try to follow this.  First, she got caught telling a closed door caucus meeting that the bill needed to be disappeared.  Then, she said this year’s bill was different than the one in 2013.  She got popped by The Weekly Standard on that one.  Then, she said she didn’t understand what was going on with this year’s bill.  We showed you the text, and it is a very short, concise document.  Now, she’s gone out in DEEP left field babbling something about a farm bill that NO ONE else is talking about?

Hold on. Let me check my driver’s license.  (Nope. I definitely WAS NOT born yesterday.)

In the end, this is about more than the battle over abortion.  It’s like the folks at Ace of Spades suggested — it’s about putting an end to the LYING.  From ObamaCare, to spending, to amnesty, and now late-term abortion.  Stop the lying.  Tell us the truth. Do what you tell us you’re going to do.