We’re getting all kinds of stories from the drive-bys about how Renee Ellmers is saving the GOP from being perceived as “harsh” by millenials and young women. Never mind that she is now bitching about a pro-life bill identical to one she enthusiastically endorsed in 2013.

You’re hearing a lot from establishment GOP types — including Prince Reince — about how the party just needs to tone it all down.  Stop talking about “messy stuff.”   Never mind that polls still show Americans oppose late-term abortion by 2-to-1.  *Even women and millenials.*

Last night, I encountered an example of just how the strategy by Ellmers and the DC crowd might be blowing up in their collective faces.  A friend of mine — a woman in her 20s who works as a nurse in a local hospital —  was watching a report on Ellmers’s derailing of the bill to ban abortions after 20 weeks.  She turned to me and said: “You know, we’ve got several babies at 20 weeks sitting in incubators in our hospital.  They’ve got arms., legs, faces AND hair.” 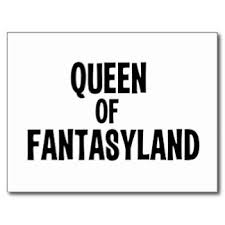 There you have it.  Someone — who Renee and the DC GOP allege to be so concerned about — sees the rationale behind the legislation the establishment is trying so hard to sweep away.

This bill in question was initially a response to the atrocities committed by Dr. Kermit Gosnell — a Philadelphia area doctor made famous for performing abortions at 7-8 months dumping baby corpses in dumpsters with pizza boxes, and  flushing baby body parts down toilets. He even snipped spinal cords of babies born alive.

Perhaps the establishment wanted to deep-six this whole late-term abortion thingie, and saw the eager-to-please congresswoman as the perfect patsy to take the PR hit. If that is the case, it is truly a shame that our elected leaders are forsaking a matter of common decency and humanity for pure politics.

4 thoughts on “A reality check for Fantasyland-on-the-Potomac”