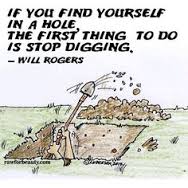 Renee Ellmers would do herself some good to heed that famous advice from Will Rogers.  The congresswoman’s own words of late have done a pretty good job of painting her — according to your perspective —  as either (1) a pathological liar, (2) hopelessly incompetent, or (3) psychologically unbalanced.

On key issues ranging from federal spending, ObamaCare, amnesty for illegal aliens, and late-term abortion, Ellmers has been busy throwing supporters under the bus and dishing out a steady combo of half-truths, exaggerations and outright lies.

She’s been caught so many times contradicting herself and LYING that you’d think someone who cared about her would advise her to stop talking and go seek professional help. 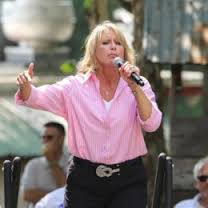 .  Ellmers ran in 2010, 2012, and 2014 with the strong backing of pro-life activists and groups across North Carolina and the nation.  She’s mouthed platitudes in her campaign literature about being pro-life.

But a few weeks ago, we got a hint — thanks to a leak from a closed-door GOP caucus meeting — that Ellmers was trying to convince her GOP colleagues to tell the pro-life movement to take a hike. Then, she put out statements about how she was FOR the ban on late-term abortions.  Then, we heard she was helping Planned Parenthood lobby against the ban.

Then, we learn that Ellmers voted FOR this exact same bill, she is now bitching about, back in 2013.  Ellmers claimed the 2013 bill was different than this one, but The Weekly Standard called her out on it.    Now, she’s slightly altering her story ONE MORE TIME:

The debacle over an abortion bill quickly pulled from the House floor Wednesday didn’t have to happen that way, says Rep. Renee Ellmers, who started the rebellion against the measure to begin with.

“It’s unfortunate the way it played out,” Ellmers, a Republican from North Carolina, told reporters Thursday morning. “I think we’re all just going through some growing pains.”

Ellmers supports banning abortion past the midway point of pregnancy — which is what the bill the House originally planned to pass Thursday would have done. But she wants it tweaked so that women who have been raped don’t have to report it to law enforcement before they can obtain an abortion.

The measure, which leadership still intends to bring for a vote at some point, would ban abortions past 20 weeks of pregnancy unless a woman has been raped or her life is in danger. 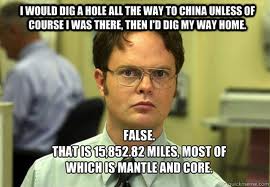 Ellmers said she’s pushing for removing the reporting requirement because it’s hard on women who may not want to notify law enforcement. A majority of rapes in the country go unreported, she noted. And now that Republicans have majority in both the House and Senate, any legislation they pass must be carefully vetted to make sure it’s not viewed as harsh by women or young people, she said.

“When we come off as harsh and judgmental, we stop that conversation and we’ve got to learn to be doing a better job,” she said.

But Ellmers has already voted for the bill before, when the House passed it in June 2013. She dismissed that vote, saying she didn’t realize at the time that it contained the reporting requirement because it “wasn’t evident in the base language of the bill.” […]

Not evident?   Here’s the text of the 2013 bill.   As hard copy, it’s likely no more than 3 to 4 pages long.  Not exactly an intense read.   I found the reporting requirement right away:

[…] (A)Except as provided in subparagraph (B), the abortion shall not be performed or attempted, if the probable post-fertilization age, as determined under paragraph (1), of the unborn child is 20 weeks or greater.
(B) Subject to subparagraph (C), subparagraph (A) does not apply if— 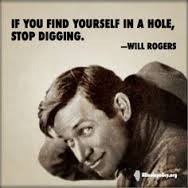 THAT is pretty doggone clear to me – – and, I assume, to most people who can read English. Just for fun, HERE is the video of Ellmers speaking in favor of the bill in 2013 she now says she did not fully comprehend:

12 thoughts on “”If you find yourself in a hole, stop digging.””