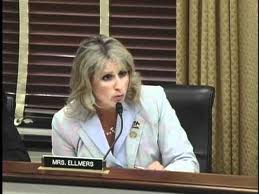 Carolina Journal recently put together  a profile of the race for North Carolina’s Second Congressional District.  The profile mentioned that there has been some recent — ahem — conservative criticism of incumbent Renee Ellmers:

[…] She also attracted criticism from some conservative activists as she vigorously defended the House Republican leaders’ decision to raise the debt ceiling. The conservative Club for Growth ranked Ellmers in the bottom third of freshemen Republican lawmakers “based upon their commitment to limited government and pro-growth policies.”

Ellmers said the criticism is unwarranted. The bill raising the federal debt ceiling “came with substantial cuts to spending, and it also gave us the ability to vote on a balanced budget amendment to the Constitution and force a vote in the Senate if [the amendment] passed in the House,” she said. […]

Say what? Spending cuts?  It  would have been nice for the writer to have pressed Ellmers on what spending cuts she might be talking about.  According to The Heritage Foundation, federal spending “is at record levels and is still growing, threatening economic freedom.”  The foundation’s 2012 budget chart book includes that assessment and other rays of sunshine like “Federal Spending per Household Is Skyrocketing” and “Federal Spending Exceeds Federal Revenue by More than $1 Trillion”.

BUT -BUT-BUT Renee just told us that she cut spending! (It’s also probably kind of inconvenient to mention that NEW spending originates in the House of Representatives, where Renee works and Republicans have a majority.)

I think I might rank THAT statement right up there with the claims in her TV ads, during the May primary, where she claimed she is “fighting for the traditional family” and is “ranked as the most conservative member” of North Carolina’s House delegation.  Prior to that ad running, she told an audience at Campbell University that she was opposed to the marriage amendment to the state constitution and would be voting against it.

There was a kernel of truth in the ad’s claim about being ranked as “the most conservative” from North Carolina.  National Journal — an establishment publication — released that ranking.  But Heritage Action and The Club For Growth, two respected mainstream conservative organizations, both ranked her as one of the least conservative members of both the NC delegation AND the Republican freshman class in the House.   Each organization actually ranked a couple of Democrats as more conservative than Ellmers.

Now comes word that her Democrat opponent, Steve Wilkins of Moore County, wants Renee to debate him.  He’s frustrated that she won’t.   It’s not surprising.

She didn’t bother to even put up signs during the primary.  (Word from local Republicans is that they can’t give away any of her yard signs.  No takers. )  Renee told off local Tea Partiers — telling them they “don’t have a clue” and told our local paper that she never really was “a Tea Party person.”  She’s shown her face in these parts a few times – when George Little had some people lined up to give her a check. Renee pops up more frequently in more  “glamorous” locales like Charlotte, Raleigh, Chicago, Park City and Vegas.

Even if a debate doesn’t happen, it’s important for voters to check out her opponents.  As I said earlier, Steve Wilkins of Moore County is her Democrat opponent.  Brian Irving, of Wake County and formerly of Fayetteville, is her Libertarian opponent

One thought on “Renee Ellmers and those “spending cuts””