While vultures circle overhead, and the hyenas salivate over Moore County sheriff Neil Godfrey’s political corpse, we’d like to throw 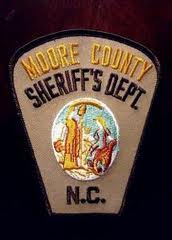 some important information into the mix.  Make no bones about it — we’re fans of Neil Godfrey around here.

I have had TWO encounters with him socially.  I met his son — the centerpiece of this “scandal” — a few years ago outside my polling place.  (He struck me as a very nice young man.)   As a member of the driveby media, I made a lot of friends (and enemies) in law enforcement.  I can remember hearing all kinds of respect and admiration for a guy named Neil Godfrey — then of the SBI — from quite a few lawmen in quite a few jurisdictions.

AN SBI PROBE DOES NOT EQUAL CRIMINALITY.   Just like FBI investigations, they are merely fact-finding affairs conducted at the request of someone else.  I’ve been investigated by the Defense Intelligence Agency for a security clearance and the Secret Service for access to The White House.  (I got both.)  The SBI has done background checks on me for various jobs I’ve done.  Did I get charged criminally? No.  But I did get investigated.  As do scores and scores and scores of others every day.

I am surprised the SBI commented on this.  When I was a driveby, you couldn’t get them to say nothing about nothing (officially, that is).  If some kind of document got filed — like a search warrant, an arrest warrant, or a ticket — you could run with that.  If the prosecutor in the case decided to tell you something, you could go with that.

But, before our local Pulitzer Prize winning weekly paper published the story, I was getting leaks about it from sources who claimed they got the information from folks “connected to county government.”  And then I see the confirmation in The Pilot from an SBI spokesperson.  What happened to saying NOTHING until a probe is complete?  Where does Godfrey go to get his reputation back if no charges get filed?

MEDICAL PRIVACY AND PERSONNEL MATTERS.  There are all kinds of boo-birds out there reading some kind of conspiracy into whether the sheriff was totally upfront with the commissioners about his son’s reported substance abuse problems.  Going to rehab is not a crime.  It’s medical treatment.  Thanks to HIPAA, the ADA,  and a whole bunch of other employment law, employers are not allowed to touch an employee or prospective employee’s medical history with a ten-foot pole.  It’s also against the law to ask about being arrested or charged with a crime.  You can ask if the person was convicted of a crime.  In most cases, employers ask if you have been convicted of a felony.  Charges like DUI are typically misdemeanors. 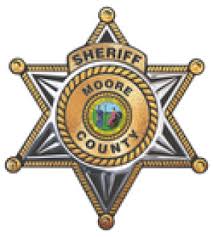 FAMILY WORKING FOR FAMILY.  That’s a tough scenario in the public or private sector.  It’s hard to be dispassionate or neutral toward a loved one while conducting business. I’ve worked for family, and I’ve worked in situations where the boss’s children were my colleagues.  I’ve seen it from both ends.

The relative / employee is often ostracized by other employees who may view them as (1) spies for the boss or (2) the recipient of special treatment not afforded others. Some employees may take great pleasure in highlighting the relative / employee’s shortcomings or failures.  One person’s attempt to “look after”  a family member can quickly turn into a disruptive situation in the workplace.

If Godfrey is guilty of any wrongdoing — and I am not positive he is — it’s going soft in the area of discipline on his son.  I can understand a father wanting nothing more than to see their child succeed — especially a child who has had some trouble in their life.  But it’s a risky proposition to try and orchestrate that when you are a boss and are putting your and your organization’s reputation on the line to do that.

This could be a teachable moment for the state sheriff’s association.  Perhaps we can use this to tighten up rules about folks working in departments managed by their close relatives?

SELECTIVE SNIPING.  We don’t pick and choose who we comment on at this site.  If you are a public figure, and you mess up, we are going to talk about you.  That separates us from The Pilot, where how much you wine-and-dine and butt-kiss publisher David Woronoff determines how nice your coverage is in the paper.  The Pilot first ran with this story based on a whole lot of hearsay from a very dubious source.  THAT story later got shot full of holes by the folks at FirstHealth.  Yet, for some reason, Mr. Nagy, Mr. Woronoff and the gang are doing some kind of victory dance.

They STILL have yet to talk about John Dempsey’s antics or Bob Grimesey’s Christianity questionnaire for school employees.  But those two guys are FODs — Friends of David.  So, they get a pass.

At worst, Neil Godfrey is guilty of an error in judgement.

He’s entitled to retire at 65.  Did you ever think he’s grown weary of dealing with The Pilot and the political boo-birds and the overall stress of the job? The man HAS been at this game since 1973  — almost as long as I’ve been alive.

Based on the information we’ve heard, no one got physically hurt (or was even threatened with injury) and no property got damaged.  It’s probably good for the Godfrey family to step out of the spotlight for a while as they attempt to help their son and heal their family.

If you’re somehow taking some pleasure in this whole affair, there is something seriously wrong with you.  You might be surprised at how many of your friends and neighbors here in the community have dealt with, or are dealing with, a substance abuse or addiction situation.  It hits hard in Taylortown AND CCNC.  It knows no economic, gender, or racial boundaries.

If you and your family are free of these kind of issues, you all ought to thank God.  As well, we all ought to say a prayer for the Godfrey family AND the sheriff’s department as they both start a new chapter.

3 thoughts on “Regarding Neil Godfrey ..”