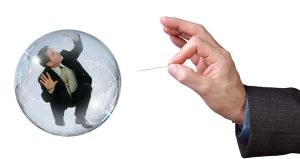 Well, the state Democrat Party has rolled out more challengers for incumbent Jones Street Republicans.  One that threw me for a loop was Lowell Simon of Moore County challenging Jamie Boles.

If you read up on Simon, he sounds like quite an impressive fellow.  Buuuuuuuut —- he’s a Democrat.  In Moore County.  One of the state’s reddest, yellow-dog Republican counties.

Let me illustrate.  Here are some total vote percentages in the county for GOP candidates in November 2016:

(All those folks had Democrats on the ballot with them.)  Starting to see a pattern?  Having an R in parentheses next to your name — and doing little else — gets you a minimum of 55 percent of the vote in a general election matchup with a Democrat in Moore County.

(One could actually argue that McCrory’s relatively weak performance in a strong GOP county like Moore was a hint of things to come for him.  A difference maker in a close race.)

Jamie Boles IS vulnerable — to a respectable GOP primary challenger.  He hasn’t raised much money and has a weak, less-than-stellar voting record in a R+25 district.  District 52 is ALL IN Moore County.  Boles barely escaped a primary challenge in the last cycle.  (Boles survives mainly because (1) he has an R next to his name, and (2) there aren’t a whole hell of a lot of other folks in the county who want the job.)

If Simon were a Republican, this race might actually be interesting.   Unless Jamie gets caught with a live boy or a dead girl, this race is OVER before it begins.

State Democrats are getting their PR bang from “Blue Monday.”  But, if you dig deep into some of the districts they’re challenging, you’ll find they don’t really have that much horsepower under the hood.