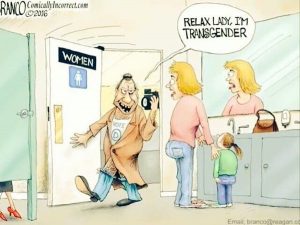 Remember all of those people who said we should let people pick which bathroom they want to use based on the gender with which they “identify”?

Well, look what this whole “identify”-ing craze has wrought:

A 38-year-old Chicago man accused of molesting three pre-teen girls told police he is a boy trapped in a man’s body, according to court documents.

Joseph Roman was charged with a long list of sexual molestation charges after three girls between the ages of six and eight came forward alleging they were assaulted during a three-year period.

During a January 24 hearing, Roman reportedly admitted to some of the charges and told the court he felt he was “a nine-year-old trapped in an adult’s body,” according to the Chicago Tribune. […]

You could look at this guy and say: “That’s ridiculous! He’s clearly not a nine year-old!”  (You 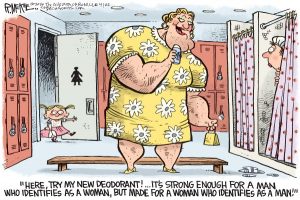 IS a nine year-old really able to “take indecent liberties with a minor”?  He would be a minor TOO.

And what happens to the 17 year-old caught with beer who says he “identifies” as a 25 year-old?

If you’re codifying the concept into law that people ARE whatever gender they “identify” with, how can you NOT do the same for people who “identify” as older or younger than they are?

Equal protection under the law, anyone?

3 thoughts on “Some HB2 Karma”