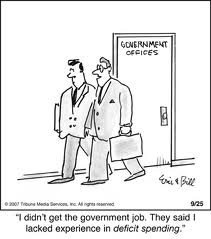 Charges of deficit spending by village leaders have arisen in the current campaign for mayor and village council.  Sensitive to the charge, the professional staff at Village Hall has released a statement addressing the accusation:

The Village of Pinehurst’s annual budget is developed in accordance with NC General Statutes and sound budgetary principles. State law dictates that municipalities not overspend their budgets as adopted.  If a municipality overspends its budget, this can negatively affect its credit rating and increase its cost to borrow funds.

To minimize the possibility of overspending a budget and violating state law, municipalities typically over estimate expenditures by a small amount. On average, the Village actually spends 95% of budgeted expenditures while revenues typically come in at about 101% of budget. This creates a budget to actual variance of approximately 6% of the total budget. For the Village, with a budget of approximately $16,000,000, this equates to a budget to actual variance of $960,000.

So what causes the Village to spend only 95% of the appropriated budget? Take salaries and wages for example. Each year the Village experiences some level of employee turnover. Due to this, we typically do not spend 100% of our salaries budgets. The case could be made that the Village should only budget 95% of employee salaries. The problem with this is that we do not know in advance which Village departments will have turnover. If we budget a department’s wages at 95% and they have no turnover during the year, that department will overspend its budget by 5% and violate state law. This is one example of why we budget 100% of expenditures and budget a small amount of fund balance as a revenue source to offset the difference.

In the example above, although the full budget to actual variance of $960,000 is budgeted as a revenue source, if historical trends prevail, none of the budgeted fund balance will actually be used.  Historical trends have borne this strategy out. The Village has on average added just over $212,000 to its fund balance annually over the past five years.

Any questions, class?   (Comments may be posted below.)

One thought on “Pinehurst 2011: Village govt speaks up on ‘deficit spending’ claim”