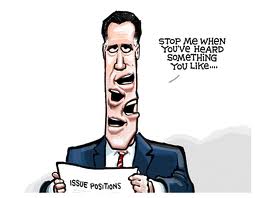 The League of Women Voters held a forum this week for ALL EIGHT candidates for Pinehurst village offices.  It was quite  dog-and-pony show.  It was a dream for candidates — a lot of participants, not much time,  time limited responses, and prearranged questions.  It was a great opportunity to generate sound bites for The Pilot, but didn’t do a lot toward informing the voters and making candidates defend their positions.

WATER.  Joan Thurman, Nancy Fiorillo, Ginsey Fallon — all incumbents — and Scott Lincicome all spoke in favor of buying the old WestPoint Stevens water plant in Wagram.  THAT is an expensive boondoggle that needs the approval of Scotland County (which has already shot the deal down once).  There is also no infrastructure in place to get the water from Wagram to Pinehurst.  THAT is another huge expense altogether.   Listen to this doozy from Joan Thurman:

Thurman proposed purchasing the Wagram facility through a partnership.

“We can buy it and hold it until we can get financing in place to lay those pipes and bring water up here,” she said.

(As a reminder, Thurman has been sitting on the Village Council since 2007. ) Does she know about some magic pile of cash sitting around so we can buy the plant? Pinehurst would need to finance the purchase of the water plant — if the sale ever gets approved by Scotland County — and then finance the deal to lay the pipe and build the infrastructure.  In other words, Thurman wants the village to take on two huge, back-to-back debts all for the sake of “controlling” a water supply. Is all of that debt what we really need in this economic climate? How does this idea make more sense than sticking with the county or working out a partnership with Southern Pines?

Council candidate Mark Parson and mayoral candidate John Marcum appeared to endorse the idea of working out a deal with the county or other local entities.   A county government source tells me the county would be very interested in the idea of selling the water delivery infrastructure — not the source — to Pinehurst.  The delivery infrastructure is a huge expense for the county, I’m told. The county would LOVE to get that cost off their books so they can devote funds to a possible reservoir or other important projects.  How would the cost of this deal compare with the cost of buying the Wagram plant and paying for that necessary infrastructure?

DOWNTOWN.   Marcum focused on rolling back restrictions that discourage businesses from locating in downtown.  John Strickland said the village needs to be a stronger partner in marketing downtown.

Fiorillo agreed with Thurman’s idea, and said that Pat Corso, the new executive director of Partners in Progress, the county’s economic development agency, will be a big plus to help development in downtown.

Parson said the biggest problem in the downtown is a lack of parking because store owners park near the front of their stores. He said the proposed changes to the downtown sand parking lot would improve the situation.

Strickland also focused on the downtown and the issue of rents and businesses. He said he thinks that eventually the law of supply and demand would solve some issues. He also stressed identifying products and businesses that cater to the three largest groups of downtown consumers: locals, resort guests and day visitors.

“I think we can also better market the village and the resort,” he said. “We depend on each other and can help each other succeed.”

Cashion said the main challenge facing the village’s downtown is complacency and perception.

“If visitors have a negative opinion of downtown or have a bad experience, they won’t come back,” he said.

Fallon also stressed the need for parking improvements. She added that business incentives and a performing arts center in the village would help provide more variety for residents and visitors.

Lincicome focused on the opportunity that is coming in the form of the back-to-back U.S. Opens in 2014. He also stressed the importance of improved parking downtown.

Fiorillo said that working to develop New Core was key. She also touched on the fears some residents have about the village losing its National Historic Landmark status if changes are made to the Village Green.

She said she believes the Landmark status is secure because proposed changes to the Village Green would not destroy the very reason the village was declared a Historic Landmark in the first place.

The mayoral candidates were also asked a question about their plans to reduce the size of the village staff.

Both Thurman and Fiorillo said they didn’t see a need to reduce the size of the current staff, noting that it has decreased in recent years due to attrition. Marcum said he thinks the village needs to reduce its spending, and he thinks that could take the form of reducing salaries.

Thurman focused on transportation and the problems with the town’s development ordinances, which are currently being rewritten. She said revisions to the Pinehurst Development Ordinance “will lead to a much easier situation” for developers and village staff.

Marcum focused on the village’s spending. He said revenues have dropped and expenses have increased, which has forced “borrowing from the general fund.”

Fallon said two issues in the forefront for her are working with developers to help improve the regulatory process, while still “paying close attention to the standards and atmosphere that brought everyone here,” and battling the negative perception of the police department.

Lincicome stressed the need for common-area maintenance and overall sprucing up of the village, along with gateway improvements as the village prepares for the 2014 Opens.

He also said renaming roads to ones such as Annie Oakley Drive or Payne Stewart Way would be an inexpensive way to “show off our history and past.”

Cashion proposed open-air trolleys during the Opens to allow visitors to ride through downtown before returning to their cars in remote parking areas.

“We want to encourage people to ride around town, whet their appetite, so to speak,” Cashion said.

Strickland cited development ordinance reform and improving attitudes, along with adding to the village’s economic vitality by attracting new, smaller businesses as keys areas that need to be addressed.

“It’s about doing the right things, not just doing things right,” he said.

In addition to problems with the perceptions of the police department, Parson said one key issue is that residents have “taken this town for granted and it’s suffered.”

Who would pay for Cashion’s trolleys?  Don’t you think that, if there was a market or a perceived need for that, that some private company would already be doing it? It sounds like another money-losing, government-subsidized boondoggle waiting to happen.

How will the revised ordinances Thurman spoke about make the development “process” easier?   Will the quasi-legal — throw up your right hand and swear — hearings for erecting a sign be abolished? Will the fire marshal and planning staff stop making up stuff to hamstring projects?  (Inquiring minds want to know … )

Thurman’s concerns about transportation should be referred to the volunteers who handled traffic for the two Vince Gill concerts.  It was AMAZING how quickly and efficiently all of those people were moved in and out of the arboretum area those nights.