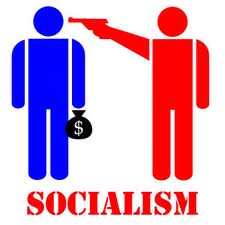 A lot of times, when there is something someone REALLY doesn’t want to talk about, they’ll try to turn your attention to ANOTHER UNRELATED subject.  That’s the tactic leftists and their useful idiots in the mainstream media are employing in the face of this economic disaster caused by their intrusive budget-busting bureaucratic meddling.

The N&O — the official propaganda arm of the NC Democrat Party — has spent the last week singling out state Rep. George Cleveland (R-Onslow). At first, the McClatchy scribes TRIED to paint Cleveland as a racist for suggesting, during a legislative hearing, that illegal aliens are a major source of crime in The Tar Heel State.  The whole racism spin got tossed out quickly and quietly when police had to drag three illegal aliens out of that same hearing for being disruptive.

Now, the newsroom is focused on Cleveland’s objection to a state government report focusing on “extreme poverty” and the need to throw more money at that issue.  Here’s what Cleveland said, from a less rabidly leftist source:

Big changes to the state’s pre-kindergarten program have been put on hold. A legislative committee has backed off some of the major changes it suggested in a draft proposal last week.

In a unanimous vote, the House Select Committee on Early Childhood Education Improvement voted to send multiple recommendations to the General Assembly for consideration.

They include a commitment to continue funding and monitoring early childhood programs, establishing criteria to determine which kids should be eligible for the programs, and reaffirming public and private childcare provider participation in the programs.

This came as a sigh of relief for many childcare advocates, who balked when draft proposals were released last week that would have overhauled the Pre-K program.

“I’m pleased with the changes that were made,” said Stephanie Fanjul with the N.C. Childcare Partnership.

The issue of what defines at risk is still unresolved. The recommendations discuss helping children living in poverty, but at least one policymaker thinks that wording is out of place.

“We have no one in the state of North Carolina living in extreme poverty,” said Rep. George Cleveland, an Onslow County Republican.

Cleveland’s comments concerned many in the audience when he questioned the terminology of saying North Carolina kids are living in poverty.

“We say we have an increasing number of children living in extreme poverty,” says Cleveland. “Extreme poverty is if they are out there living on a dollar and a half a day. I don’t think we have anybody in North Carolina doing that. […]

When the bureaucrats talk about “extreme poverty,” they are not talking about villages of dirt floor huts like you find all over Asia, Africa, and Latin America. The DC-based Heritage Foundation has some interesting findings on families the government classifies as “poor”:

[…]  The following are facts about persons defined as “poor” by the Census Bureau as taken from various government reports:

Not exactly a Sally Struthers commercial, is it?

The bureaucracy stretches the definition of poor so as many people as possible can be enrolled into / hooked on welfare payments.  The bigger the dependent class you create, the more job security you create for bureaucrats and their leftist masters in the legislative branch.

If the guys at NCGOP HQ had any stones at all, they’d turn the focus onto the system that has sustained this government dependency across generations of families.  Look at the most government-dependent, economically-depressed areas of this state.   They’ve all voted Democrat overwhelmingly for decades.  What have they got to show for their diehard support of The Donkey?

The most prosperous areas of the state — the best places to live — are those where taxes are relatively low, and government regulation is kept somewhat in check.  Focus on the policies that have kept people stuck in the mud and dependent on the government.  Recognize that simply cutting a check each month is not going to make things better or solve any problems.

Conservatives need to take this opportunity in 2012 to talk openly about breaking the chain of dependency, and not get intimidated by leftist slurs about ‘insensitivity.’  Jacking up taxes and regulations on producers to sustain consumers is ultimately a recipe for economic catastrophe.