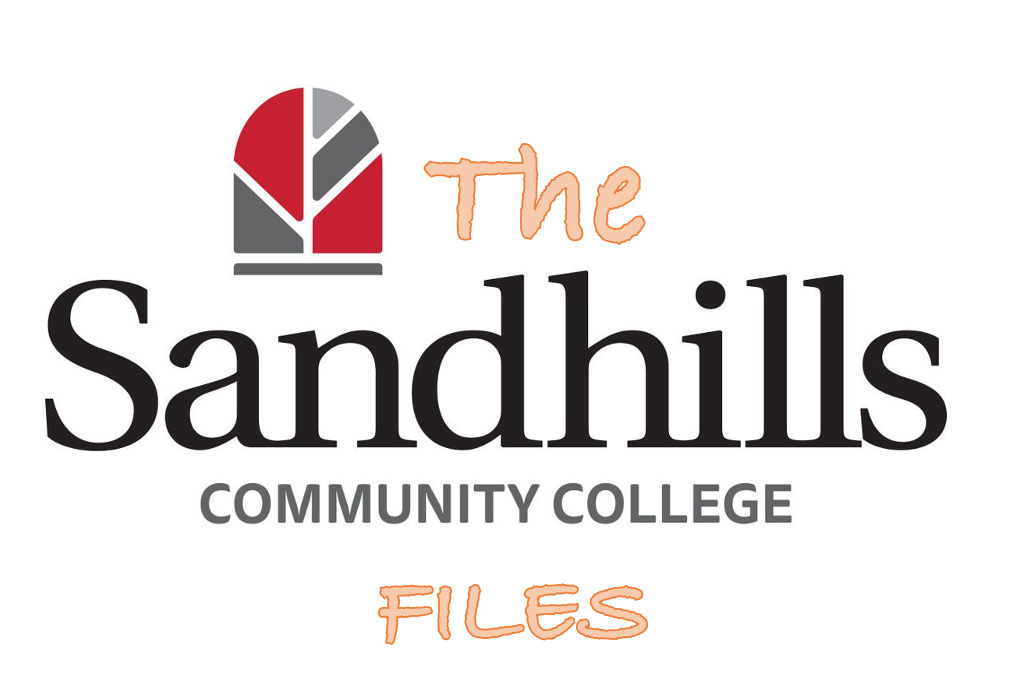 This is the fourth installment in a series on the implementation of DEI on the campus of Sandhills Community College in Moore County.

Here, we have a unique opportunity to observe a college dean using college email and her access to college staff to (1) cheerlead for an arguably radical, terrorist group, (2) lecture white employees to “reflect” on their “privilege.” and (3) advocate for the far-left view on national politics. 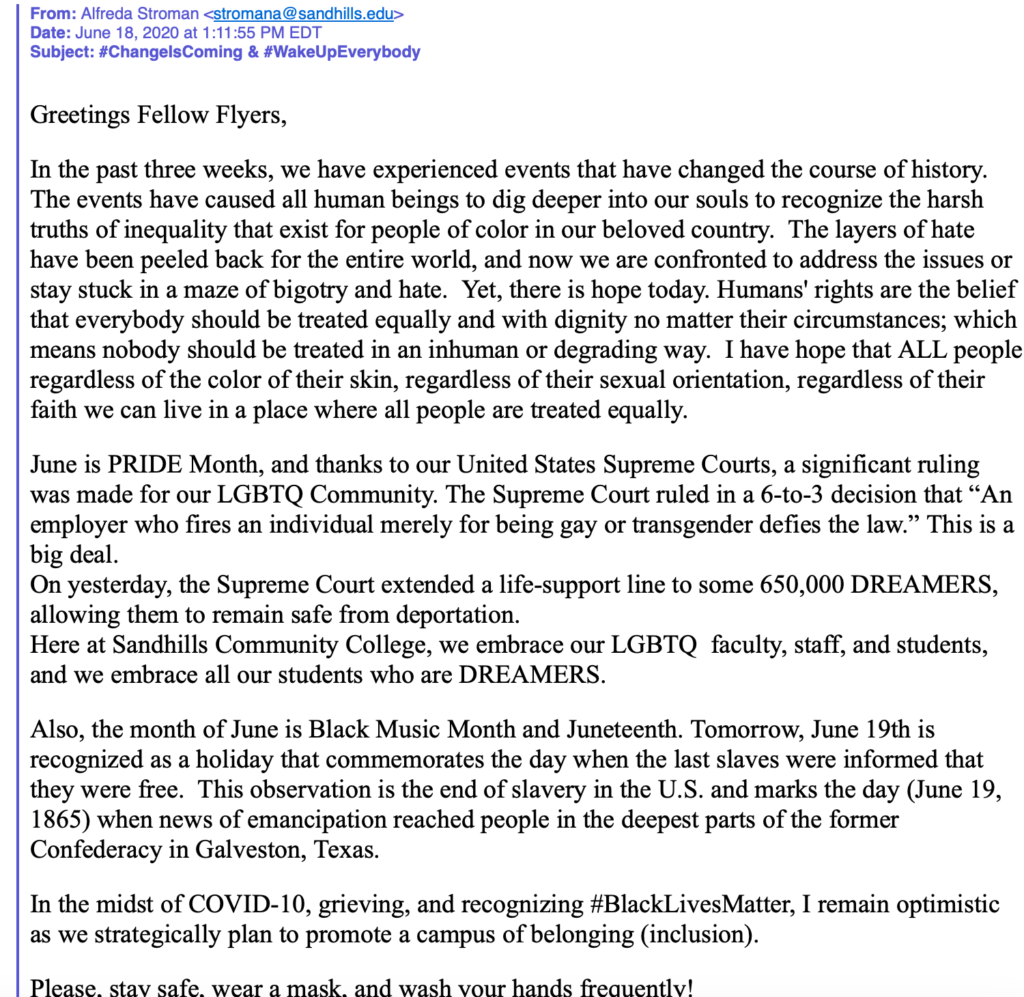 If you’re not familiar with Black Lives Matter, they are the ones who instigated and carried out all of that nationwide rioting in the wake of the George Floyd incident in Minneapolis.  Lots of stuff got burned down and destroyed. People were injured and killed.  BLM likes to advocate for defunding the police. 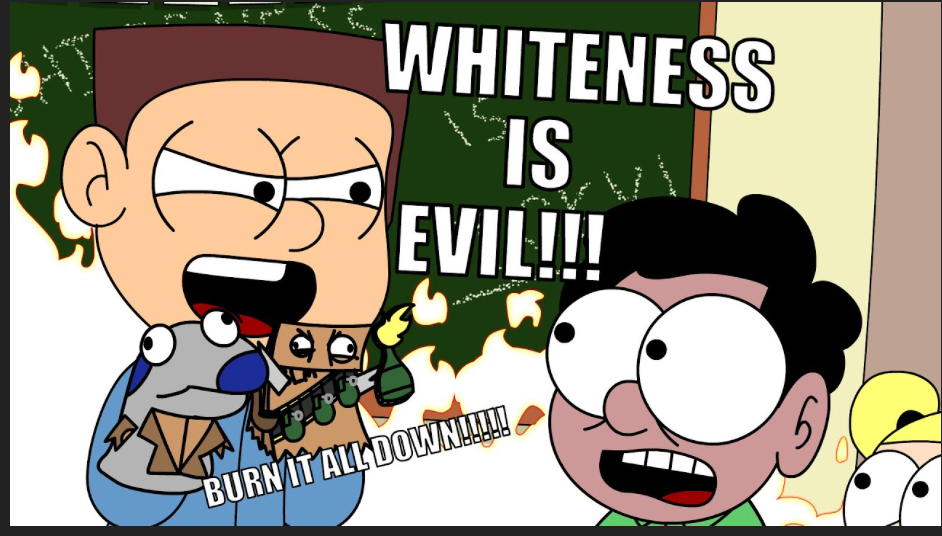 Is the college, which hosts the local police training academy, really wanting to align itself with all that?

She’s not literally saying ‘Black Lives Matter’ here.  That’s like saying a shout-out to The Weathermen was NOT a tribute to the radical anti-American bombers of the 60s and 70s, but really a tribute to Willard Scott and Al Roker. (Nonsense.)

If you’re not up to speed on Black Lives Matter, here’s a primer.

By the way, the “change” that Alfreda said is “coming” was Joe Biden.

Oh, and there was THIS: 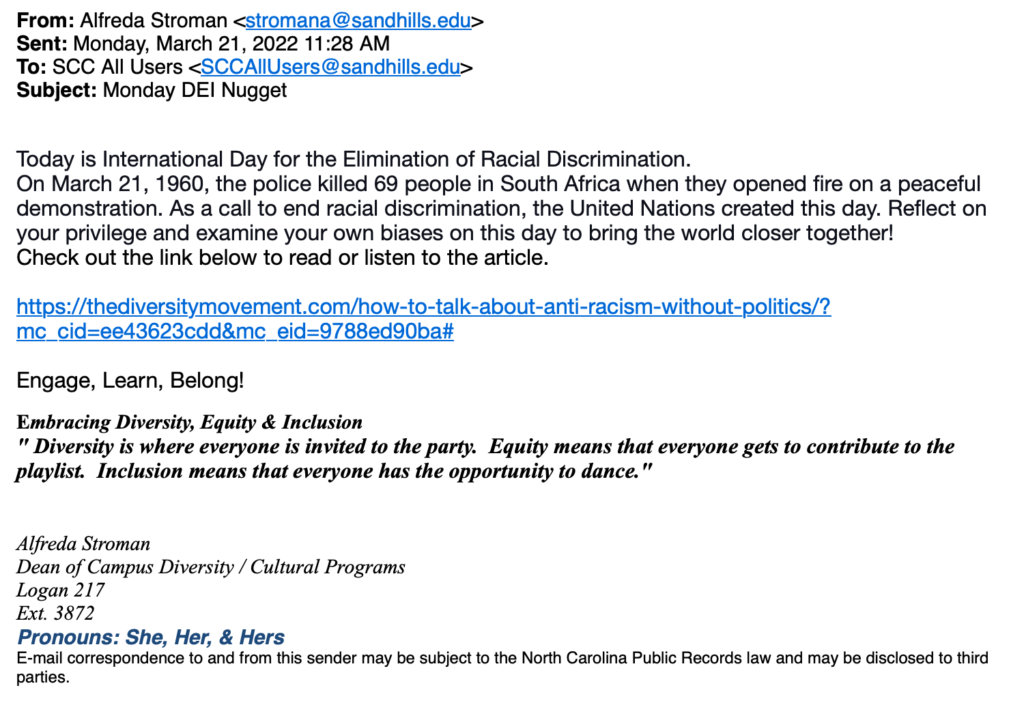 White privilege is a term conjured up by the DEI fan club to describe their belief that all white people have had an easy life because of their skin color.  It’s meant to perpetuate the whole white guilt thing.  (*You know, white people have created any and all problems currently faced by people of color. It’s time to make amends.*)