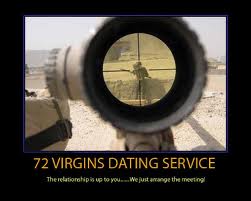 Followers of Ron Paul, Walter Jones, Dennis Kucinich and others on the far-left of the spectrum have been up in arms over the recent successful drone strike on terrorist masterminds Anwar al-Awlaki and Samir Khan.

Both somehow got American passports, and spent time in America.  (Khan lived in Charlotte with his parents for a while.)   Paul & co. suggest that Khan and Awlaki deserved to be arrested and tried in a U.S. court of law.  They suggest that these two dirtbags were not the meanies Washington and the rest of the world were making them out to be.

Khan edited a magazine called “Inspire,” a hateful rag meant to fire up angry young Arabs and recruit them into the world of violent jihad.  Here is the cover page of the last essay Khan wrote for Inspire: