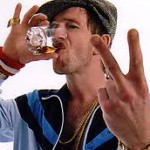 The GOP-dominated US House passed a repeal-and-replace measure on ObamaCare today.  Twenty Republicans were NOs.  Most of them were RINOs from The left-of-center Tuesday Club.  But Kentucky’s Thomas Massie and our very own Walter Jones were part of the NO crowd, as well.

North Carolinians Mark Meadows and Ted Budd decided to go along with this particular version.  The conservative Club for Growth also gave its blessing to the bill.  Here is a comparison The Club did of the original repeal-and-replace bill that died on the vine and THIS ONE: 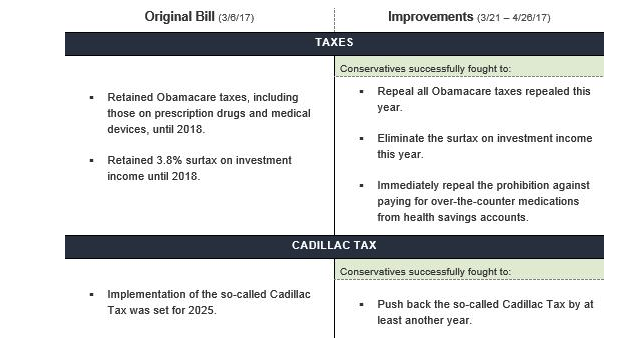 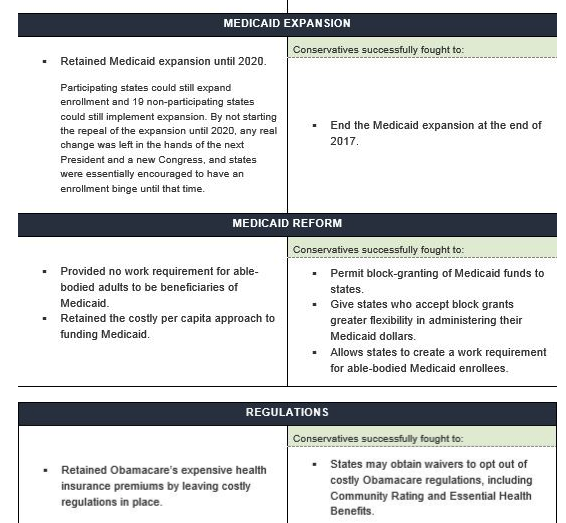 This latest version was a baby step in the right direction.  But it is STILL amazingly weak and limp-wristed for a

GOP-controlled government with a mandate to KILL THIS going back to 2010.

High-fiving, doing a victory lap and going back to business-as-usual is a big no-no here for the GOP. There is a hell of a lot more work to do.

There are plenty of people around who can still remember the days when doctors made house calls and you could actually afford to pay medical bills out-of-pocket.

I have a friend who is a practicing physician.  For HIS practice alone, he employs three people who do nothing but push paper all day — interacting with regulators and insurance companies.  They don’t do a thing in terms of helping him treat patients.  But he HAS to have them in order to stay IN compliance and IN business.

We put the party allegedly against all that in charge.  They need to PUT UP and finish the job, or SHUT UP and go away.

7 thoughts on “O-Care Repeal, Take 2: Meadows, Budd bless it; Jones still a NO”