[Editor’s Note:  Mr. Romano is a senior editor at Americans For Limited Government.]

The latest battleground state polls show the presidential race is much tighter than the mainstream media and some prognosticators would have you believe. And there is still room for it to flip

either way in the closing days.

4 state polls by Axiom Strategies-Remington Research Group conducted Oct. 20 to 22 find Donald Trump ahead of Hillary Clinton in North Carolina 47 to 44 percent and in Ohio 46 to 42 percent. Clinton is ahead in Pennsylvania 45 to 42 percent. And in Florida things are all tied up at 46 percent apiece.

Another poll by Bloomberg in Florida conducted Oct. 21 to 24 shows Trump ahead 45 to 43 percent.

As for Bloomberg’s Florida poll, 2 percent are unsure and a curious 4 percent would not say who they preferred.

That means there are still millions of votes up for grabs, more than enough to tilt the race one way or another. And then there’s turnout and enthusiasm. Turn out a higher percentage of your supporters than your opponent, and that changes the complexion of the race, too.

Americans for Limited Government President Rick Manning notes that teams knocking on doors in North Carolina he has heard from report that “blue collar voters who have not usually been reliable voters are extremely energized about getting to the polls, which should be good news for Donald Trump.”

If this trend holds true in Florida, Ohio and Pennsylvania, Donald Trump has a clear pathway to the presidency.

Manning continued, “This is a turnout election, and if these blue-collar voters show up at the polls driven by Trump’s America first trade policies and their rejection of Hillary Clinton’s borderless America vision, it will send shockwaves through the political elites who have ignored them for so long.”

It is clear that this election will be decided by whichever candidate successfully channels the enthusiasm of their supporters and translates this enthusiasm over to the undecideds in these key states. That is who will likely wind up being the next president when one considers the electoral map.

But to get there he needs the light bulb to go off among late deciders. Take Pittsburgh, where Trump is down by just 2 points in the Remington poll, but 6 points are up for grabs as undecided. Other cities like Harrisburg, Johnstown and Philadelphia remain 8 percent undecided.

In 1989, an analysis by Nick Panagakis that appeared in the Polling Report found that 80 percent of the time, most or all undecideds tend to break for the challenger over the incumbent. Another troubling sign for incumbents is if they poll less than 50 percent consistently. As Panagakis noted, “The overwhelming evidence is that an incumbent won’t share the undecideds equally with the challenger. To suggest otherwise by emphasizing

point spread or to say that an incumbent is ahead when his or her percentage is well under 50 percent leads to election day surprises.”

Keep that in mind as we head into the closing days. In these battlegrounds states, Hillary Clinton has hardly been breaking above 45 percent, let alone 50 percent. That could prove extremely problematic for her come election day if the incumbent rule applies to her. If it does, that could mean the current polls may be telling us a lot more about how the public feels about Clinton than they do about Trump.

Donald Trump on the other hand, has never held elective office — although he was very well known as a celebrity and businessman prior to running, with high name recognition — but nonetheless may take on the characteristics of the challenger.

In 2008, a similar pattern played out, where Barack Obama, the challenger, overperformed what polls said on a

state-by-state basis. For example, the last few batches of polls had Obama either slightly ahead or practically tied with McCain in Ohio. Almost no one had him over 50 percent. But on election day, Obama actually won 51.5 percent of the vote in Ohio, winning by 263,000 votes. Same story in Florida, Obama, the challenger did not poll above 50 percent there — some only had him at 47 or 49 percent — but he won 51 percent of the vote there. Nowhere was McCain over 50 percent in the polls, nor was he ever leading. It didn’t bode well for McCain, who represented the incumbent Republicans.

Which is the difference here. There are national polls that show Clinton ahead, while some of the more reliable ones show the race too close to call, particularly in key battleground states. While 2008 had things pretty well in hand for Obama, it’s a far more mixed bag this time around. 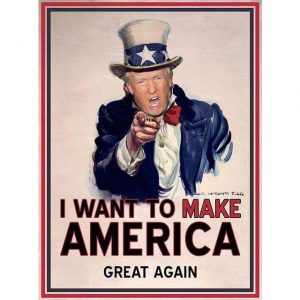 Still, key races remain close, so the ultimate question may be if the public views Trump as a challenger, or if based on his notoriety he’s taken on the characteristics of an incumbent. Enthusiasm also looms as a key question.

If Trump gets the challenger treatment and his supporters remain fired up, he is likely to significantly overperform what he’s showing in the polls right now. That is certainly what happened in the Republican primaries while they were still competitive. In state after state leading up to Ted Cruz’ last stand in Indiana, Trump overperformed his polling averages, in some cases by as much as 10 points.

To do it again, in the closing days, assuming Trump sticks his leads in Ohio, Florida and North Carolina, watch for Trump to be spending the final week barnstorming Pennsylvania making closing arguments about how it’s time for a changing of the guard. As Manning noted, this race will likely 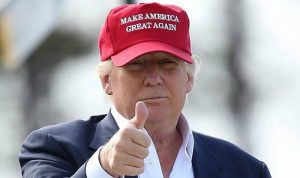 come down to the enthusiasm of each candidates supporters to not only get out to vote but to get like-minded friends and neighbors to do the same. If the apparent enthusiasm for Trump on the ground translates into increased turnout of the key constituencies who support him, he will win.

Ultimately, like most elections, it comes down to which candidate’s supporters want it more.  And isn’t that the way it should be?