Why would you want to do that?  Just in case a softball game should break out?  Here’s Lee County Democrat Party vice-chairman Margaret Murchison: 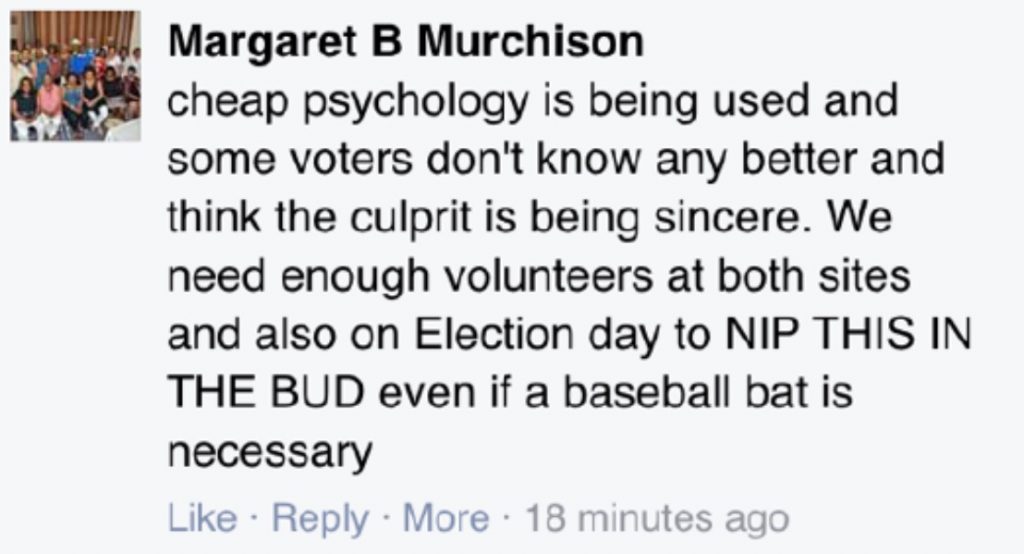 What is Margaret so upset about?  Apparently, some local Republican activists are wanting to hand out pamphlets at polling places identifying the candidates who happen to be military veterans. 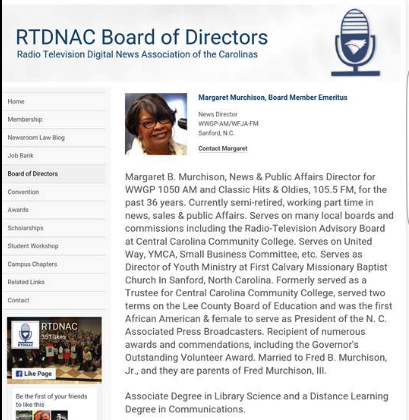 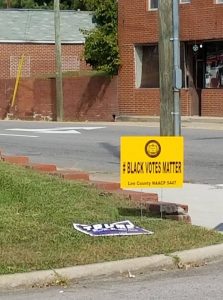 Ms. Murchison is black, and is directing her ire at white Republicans.  Just imagine how fast Loretta Lynch would be down here if some white Republicans suggested bringing a “baseball bat” to the polls  to, um, “discuss” a few things with black Democrats.

This story dovetails nicely with James O’Keefe’s revelations about the Clinton campaign paying thugs to incite violence at Trump rallies.  We on the right are often smeared as the violent ones.  Yet WHO is paying thugs to start fights at rallies, and suggesting that folks bring baseball bats to polling places?

Here is a photo shared with us from someone on the ground in Lee County.  Take note of the crumpled Trump sign right in front of the NAACP’s “Black Votes Matter”  (a play on Black Lives Matter, surely).  Feel the love, folks. Feel it.