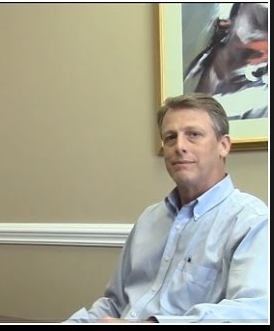 ”I didn’t go looking for this opportunity,” said John Rhodes, the best-known of the three qualified write-in candidates for US Senate in North Carolina. “It found me.  People have come to me frustrated about the absence of any discussion of conservatism in this race.

We have two major party candidates in this race who aren’t all that different in their approach to the issues.  The action in the Senate will not be all that different, regardless of whether Kay Hagan or Thom Tillis is elected.  Serving the people will get lip service during the campaign, but — if one of those two wins a six year term in Washington — the average citizen in North Carolina will be put on the back burner once again in favor of the folks who have written the big checks.”

CAN’T WIN. Many people are dismissing the Rhodes write-in effort as a ‘can’t win’ scenario.  Currently, there are TWO independent US senators serving in Washington.  (Rhodes is registered as ”unaffiliated.”)   Alaska is currently represented by a senator who won as a write-in.

”Anyone can win this,” said Rhodes. ”All it takes is one more vote than the other folks. It’s up to the voters to decide whether they want more of the same, or if they want a radical change.”

SOME BACKGROUND:  John Rhodes has family ties in Mecklenburg County dating back to before The Civil War.  He is a native of the Mint Hill community, and is an alumnus of Charlotte’s Independence High School.  He attended UNC-Wilmington and received training as a fireman and EMT / paramedic.  Rhodes made a career out of firefighting and paramedic work, until he ended up marrying his high school sweetheart.

At that point, he moved into the much safer confines of the real estate industry. The Rhodes’s have three children together.  Rhodes has a successful real estate practice, and is also affiliated with a much larger company that includes more than 180 realtors and brokers. 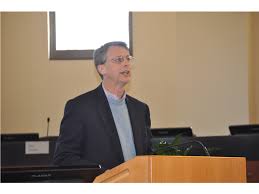 INTRO TO POLITICS.  ”I never was much of a political junkie,” said Rhodes. “I was focused on a lot more important things in life.  But public service, community service — lending a helping hand to my fellow man — has always been a significant factor in my life.”

“All three of those guys have something important in common,” said Rhodes. “They stood firm on their personal beliefs, and questioned things even if everyone else, including their so-called political allies, was going along with it. I am a natural skeptic.  I tend to study things closely and ask the big, tough questions.  I’ve found that in politics, especially elected politics, a lot of people don’t like that.”

Like Thom Tillis, Rhodes got his start in politics on the Cornelius Town Council.  His inquisitive, skeptical personality caused tension between him and his fellow Republicans on the board.

”They got mad at me for resisting tax increases,” said Rhodes. “They even got mad at me for trying to start the tradition of having religious leaders come in and offer a prayer before meetings.  They screamed “Unconstitutional!” Meanwhile, they were doing it at the county and in other towns’ government meetings. ”

Things began to change for Rhodes when, prior to the 2002 election cycle, some local political leaders approached him about running for a new North Carolina House seat that included Rhodes’s home community.

”I’ll have to admit I was a little naive at that time,” said Rhodes. “I had the Mr. Smith Goes To Washington mentality.  I had visions of going off to the capital city to do some good for the people back home.  The reality I found in Raleigh turned out to be discouraging, appalling and quite disturbing.”

Rhodes said his tenure in Raleigh as a legislator taught him that there really isn’t a competition between the two parties: “Serving in the legislature isn’t about doing good for the folks back home.  It’s a business. It’s about return on investment.  It’s about lining your pockets and those of your campaign contributors.  Politicians from both parties would give lip service about serving the people and opposing the other party. But they would get reelected, and get right back to working together to loot the public treasury for their and their contributors’ benefit.”

Rhodes said he saw a literal handful of legislators making all of the big decisions and everyone else just going along with it.  He saw Democrat speaker Jim Black — also from Mecklenburg — and his Republican co-conspirator Richard Morgan as a big part of the problem.

”I started voicing my concerns about the shenanigans being perpetrated by Black and Morgan,” said Rhodes. “I was astonished at how many of my fellow Republicans came to me and said ‘Stop talking about Black.  Leave Jim Black alone.’ ”

So, Democrats AND Republicans were going along with Black and Morgan.  Rhodes said he even saw 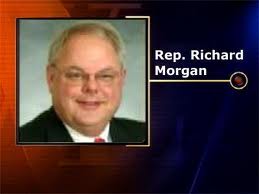 members of the Capitol Press Corps being intimidated into ignoring or covering up some of the clear and blatant misbehavior going down on Jones Street.  No one was looking out for the people back home.  The scam artists were getting a free ride.  Rhodes decided he was going to step up and shine a light on the activities of Richard Morgan and Jim Black.

THAT decision made Rhodes a marked man politically.  Establishment types in Raleigh and Charlotte began rooting around for an opponent to Rhodes.  In 2006, a former Cornelius town councilman named Thom Tillis surfaced to challenge Rhodes in the GOP primary in the safe GOP district.  Backed by a ton of establishment money, Tillis knocked off Rhodes.

”Again, my political naiveté came into play.  I trusted a lot of people I shouldn’t have,” said Rhodes. “Tillis and his gang beat me up for being mean to Jim Black and for not bringing home ‘freebies’ from the state. I foolishly thought I’d be rewarded by the voters for shining a light on some really despicable things and making the people’s business more transparent.”

Shortly after Rhodes left Raleigh for good, Jim Black was indicted, convicted and jailed on corruption charges.   “I didn’t hear much about that from any of my former colleagues,” said Rhodes. “I heard plenty of appreciative words about my criticism of Black from law enforcement types, conservative activists, and other members of the public.  I had lost my gig in Raleigh, but — in my heart — I know I did what was right.”

SOUR GRAPES?   Some have tried — and may continue to try — to dismiss Rhodes’s effort as sour grapes over his 2006 primary defeat. “If it was truly sour grapes, I’d have been picking at Thom for years now,” said Rhodes. “I recognized that it was over, and decided that it was time for someone else to take ownership of what was happening in Raleigh.”

Rhodes said he saw — in 2006 — a lot of the things in Tillis that people are griping about now. “It’s a whole lot more amped up now,” said Rhodes. ”He started off as a junior legislator in the minority, and is now speaker of the House.  He’s got a lot more influence now.  He’s become a lot smoother, smarter, more devious version of Jim Black.

Unfortunately, the other major party choice in the Senate race is not any better. Hagan has been marching right with Obama and his team in destroying this country. I am going to be espousing the conservative message,  and– hopefully — offer an option to people want something more than the R or the D in this race.”

THE SENATE.   “What kind of senator would I be?,” said Rhodes. “I believe you have two key jobs as an elected official: (1) respecting the Constitution, and (2) putting the wishes and needs of the folks back home ahead of those of Cisco, Lorillard and Pfizer and their lobbyists.”

Rhodes said his beliefs are guided by the ideas of letting people keep more of their own hard-earned money, and shifting more decision-making authority to the most local level possible.

“In the Senate, you’ll find me voting against probably 95 percent of what comes up,” said Rhodes. “Ninety-five percent of the stuff they deal with — they have no business dealing with it. In Raleigh, I got so used to voting NO that, once, I accidentally voted NO on a resolution honoring a recently-deceased Democrat lawmaker.”

Rhodes wants to assure people that he would really be a different kind of political animal.

“I am not looking for a career, here,” said Rhodes. “If you’re looking for someone to give you a bunch of freebies — bribe you with your own money — I am not your guy. I am really worried about the future of this country.  And I don’t see anyone in either party standing up for those of us back home being smothered by the excesses of government.”